Some of the Christmas Cards from the 2021 ACCA

I've picked ten Christmas cards we received this year that stood out and have scanned them to share on here. First though, a couple of cards that literally stood out as 3D cards, that wouldn't scan. 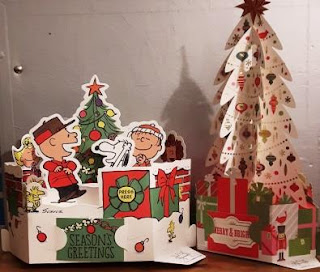 The card with Charlie Brown, Snoopy and the Peanuts gang on lights up and plays music if you press where it says "Press Here". Lights on the tree come on! 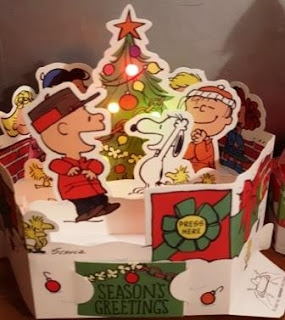 One of the first cards we received this year came from the rock band Terrorvision along with a copy of their Christmas single. 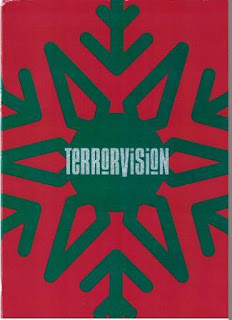 What makes it special is that the band have signed it. 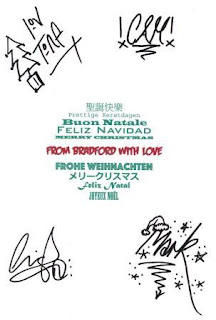 I was a bit disappointed that the multilingual greetings didn't include Welsh.

I try to include at least one religious card in these showcases. This one ticked a number of categories on the ACCA, including the 'cartoon religious' theme. 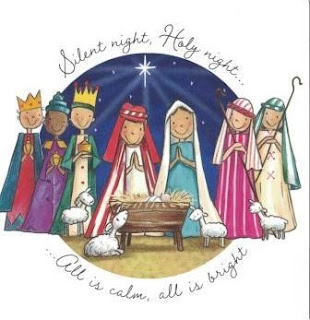 It also has a line from a Christmas carol on the front. As did this next card. Sort of. 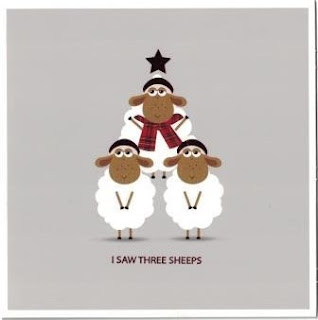 As a heads up, cards featuring puns feature strongly in this post. Despite having a carol-based pun on the front, this didn't get counted as a religious card.
Technically I suppose Saint Nicholas, also known as Santa Claus, could be counted as a religous figure. I really liked several of the depictions of Santa that arrived this year.
I sometimes feel like this juggling Santa, trying to get all the right presents to people. 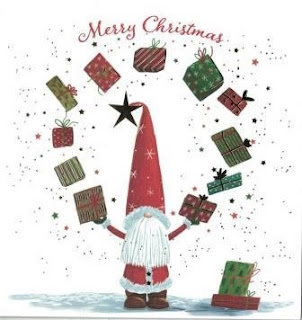 This next one really appealed to me. Cathy pointed out that the artist, Karen Fjord Kjærsgaard, sounded Scandinavian. I looked her up and she was Danish. So that might be why this appeals so much. 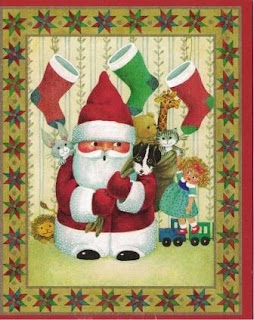 And then there was this card from my Ozzie cousin, Trefor, featuring a surfer dude Santa. 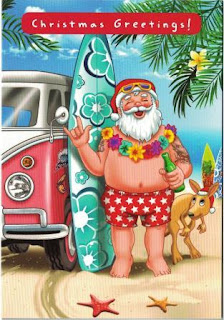 The expression on the kangaroo's face made me chuckle. He looks like a mischief maker.
A couple of years ago, Stewart caused me to redo my audit with a late entry and a note about being late. His card this year gets a place in this post because a) it has a dinosaur on, b) it has a pun on, and c) he made me laugh with the post script message after wishing us a happy Christmas. 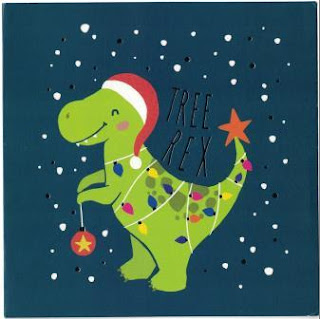 "PS - Isn't it funny that my whole family now have to suffer weird Christmas cards because of your blog!!"

Yes, it is funny. Also, I think this means that I am officially an influencer! (Now if only I could monetise this.)

We had a few Snoopy cards this year. I asked Cathy which one she wanted me to scan and she picked this one. 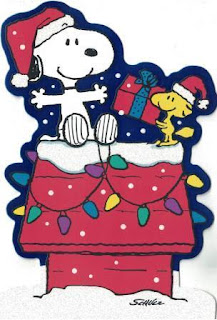 See, that could have been listed in the 'Dogs in Santa Hats' category. But it wasn't.

And so on to my final two cards of this post. Both were strong contenders for favourite card of the year. Both were puns and both featured... cheese. (Which seems punningly apt - after all cheeses is the reason for the season!) 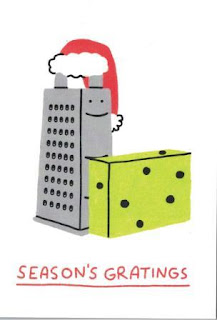 Kitchen implements in Santa hats has never been a category. It might become one in future.
And here is my absolute favourite card this year! 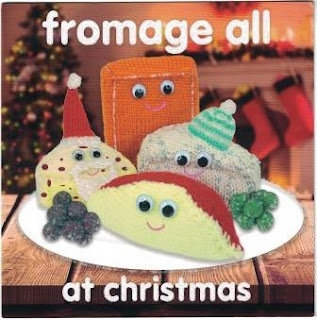 It was sent to us by our friends Matt and Nikki, and is just brilliant. A posh cheese pun. What could be better?
Posted by Jongudmund at 20:03