Word of the week: titnotized

'Titnotized' was coined by my desk neighbour / partner in crime Vicki, to describe the hypnotic effect that low-cut tops on certain women have on most men and a fair number of women too.

"It's like the sun. You know it's wrong to stare at it. But you just can't help yourself..."
Posted by Jongudmund at 23:40 No comments:

Email ThisBlogThis!Share to TwitterShare to FacebookShare to Pinterest
Labels: breasts, distraction, Vicki, word of the week

It’s spring, the time of year where the trees start to blossom and bud, and greenery appears, and that means it’s time to go out and plant. Plant churches, that is.


In the past week I’ve heard of two new church plants in Cardiff, and again I’m wondering whether it’s cynical to question whether we really need them. The current churches in Cardiff aren’t exactly full to bursting already.

One of the church plants is by an old-school evangelical church into an ‘unchurched area’ of the city. An unchurched area with a Community Church and a Baptist Church in it.

This has been pointed out.

Apparently the rationale is there is no ‘Bible-based’ church there. To me, that sounds a bit presumptively harsh on the Community Church and Baptists, unless they are raving heretics, of course.

What ‘not Bible-based’ means, of course, is that those churches interpret one or two Scriptural house style points differently. Maybe they allow women in who aren’t wearing hats, for example. The heathens.

The other church is being planted from another church in Hereford, and is linked to Hillsongs. They’re calling themselves ‘Freedom Church’, which sounds quite exciting and avant-garde, and, viewed entirely subjectively, weird. But at least it’s not as weird as calling yourself ‘The Healing Church’.

I’ve seen FC’s promo postcards and they are obviously aiming for a youth audience, given that everyone on the card looked like they were in their 20s. Meeting in the middle of the University buildings is another clue to their proposed demographic.

However, they do meet in the evenings, which is a bonus. I’ve offended people before by saying that however many coffee shops you have, all they serve is coffee. Thus, the same is true of churches. But at least the opening hours are different with this one.

I don’t have anything against Hillsongs, although I know little about them beyond their music.

My only gripe is that I’ve noticed their music videos (sorry, worship videos), generally only feature very attractive young people in the audience (sorry, worship congregation). I’m not sure if it is official church policy to exclude ugly people. Maybe going there is transformational on a physical level as well as a spiritual one. There are certainly an above average number of earnest blonde 21-year olds in their vids.

This isn’t meant to be a hostile blog post, although those keen on church planting may take it that way. By all means, people are welcome to plant churches wherever they want, particularly in genuinely ‘unchurched’ areas.

But the points I raised in my last blog post about church planting are still valid, I think. Cardiff isn’t an unchurched area. The city is teeming just with church plants let alone churches, appealing to just about every niche Christian demographic. You’re into miracles, or long worship times, or doughnuts, or Bible teaching, or whatever, then we’ve probably got an exciting missional opportunity for you to be part of a church plant.

I’m just glad that the rest of the country is so overwhelmingly evangelised and ‘churched’ that people are able to come and bring their exclusive brand of coffee to bless us here.

10 weird words that are fun to say

Flange
Posted by Jongudmund at 07:43 No comments:

Email ThisBlogThis!Share to TwitterShare to FacebookShare to Pinterest
Labels: fun, words that ought to be used more

A clever joke about cryogenics and conspiracy theories

We went to see the slightly surreal Boothby Graffoe last Friday night. I liked this joke in particular...

"I took the kids to see Disney on ice. It was just his head."

This was a recent meme on Twitter that really made me smile. The basic premise is you combine two artists, bands or pop groups to form an ‘awful supergroup’.

A couple that really caught my eye were Rage Against Florence and the Machine and Nirvanarama.

I had a go myself. What if Macy Gray joined AC-DC? Macy DC. And The Future Soundgarden of London would be pretty bad too.

While driving the minibus on a recent youth weekend, I was chatting about it to a couple of fellow leaders, and it caught their imaginations too. Minty suggested Thirty Seconds to Bruno Mars, while Sam came up with the frankly brilliant Incubusted.

Since then, I’ve been thinking of some more. I’m not sure what Queens of the GarbAge would sound like. And I think I’d avoid anything by Liberty XTC, New Order on the Block or Freddie Mercury Rev. Ditto My Chemical Brothers Romance.

But my favourite contribution by a twitter-user was the person who just put Velvet Revolver, and added the hashtag #missing the point. Irony is alive and well.

What would your #awfulsupergroups be? Leave a comment!
Posted by Jongudmund at 07:46 No comments:

I've been on a youth weekend this past weekend with some kids from quite deprived backgrounds. The way they see things can be quite illuminating. There's a lack of basic life experience that you become aware of at unexpected times.
(We have kids from rather well-off backgrounds too, but that's a different challenge.) 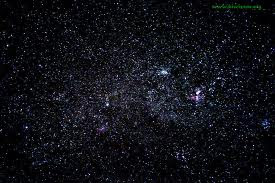 On the first night out on the Gower peninsular we took them on a blindfolded 'trust walk' into the dunes, then on top of the highest dunes told them to take off their blindfolds and look up. The starshow was specatacular - one of the clearest nights I've ever seen in Britain. It was wondrous.
One of the kids, though, turned to the leaders and said: "Those can't all be stars. There are too many of them."
Posted by Jongudmund at 18:12 No comments:

Word of the weekend

My lovely wife can purse her lips and make a bizarre whistling noise like a balloon losing air. It occasionally annoys me, when she does this for long lengths of time.

Now thanks to my obsolete-word-a-day calendar, I have a word to describe it: SQUACKETT, defined as any disagreeable noise made with the mouth.

"Stop that squackett, you're making a racket!"
Posted by Jongudmund at 19:10 No comments:

Email ThisBlogThis!Share to TwitterShare to FacebookShare to Pinterest
Labels: Cathy, noise, squackett, word of the week, words that ought to be used more

And sometimes they heart me! 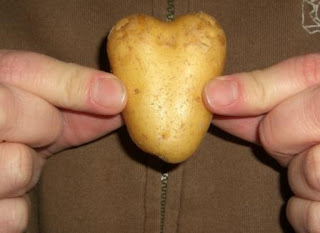 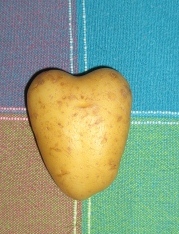 Posted by Jongudmund at 19:09 No comments:

I've been thinking of dusting off my second channel blog to record some slightly deeper thoughts - a bit like how BBC2 used to be the more serious / highbrow / niche channel. I'm not sure where I would find the time to do it, but these are some of the deeper ideas I want to explore, based on stuff I'm reading.

John Hick's pluralist ethos rests on an argument that if Christianity is a superior religion then Christians on average should be more saintly than, say, devout Muslims, Hindus etc. And yet experience tells him this isn't true. I think Hick's ethos is wrong, but where has Christianity gone wrong that we're no better than anyone else even though we have the 'best' revelation of God.

Aneurin Bevan describes how churchmen only got involved in talks between miners and mine-owners when there was conflict. When the conflict subsided, they lost interest. "Their problem was not with the suffering, but with the struggle," says Bevan. 'Silent pain brooks no action.' Could that charge be levelled at the modern-day church when it comes to issues of social justice?

Rob Bell is causing a stir as people predict his new book will challenge 'orthodox' views on hell. Notwithstanding the ridiculous notion that modern-day churchianity is anything other than heterodox, my hunch is that Bell won't be saying anything that isn't already said by countless Christians already. So, why the palava? Why can't we debate things nicely? (What vested interests are at work that want to stifle honest questions and keep the pew-bound proles theologically illiterate by telling them what they are allowed to believe?)

So, if I get round to it, I may expand upon those themes. I'll let you know.
Posted by Jongudmund at 23:32 No comments: