For the very first time

I had the undoubted pleasure of taking a 13-year old to his very first football match yesterday and it taught me something that I knew was true, but had kind of forgotten. When you look at something quite mundane for the very first time, it can be wonderful.

So, the game ended 0-0, but there was excitement and colour, and (very limited outbursts of) flair, and atmosphere. And I asked him afterwards whether he had enjoyed the game and he said he loved it.

And as the person accompanying him it gave me a vicarious experience of newness too. Because as I pointed out the various aspects of the new stadium and had to describe what the old ground used to be like, it gave me a new appreciation for the niceties of a purpose-built place. When I pointed out the tactics, or lack of them, it made me appreciate again how football is a relatively simple, yet impossibly hard, game. And when I compared the teams we were watching against the bloated corporate behemoths of the Premier and Champions Leagues, I reasserted the belief that we were watching 'real' football, and in that moment reaffirmed my faith.

Of course, I know that seeing it with someone who is seeing it for the first time gives you a new perspective. I'd forgotten how much, though.

It made me think again of the vagaries of affiliation, when I explained that despite living over 16 years in a city that now has a team knocking on the door of the Premier League, my true loyalty lay with the club I supported as a boy.

It made me excited again about the idea of football, and tempts me to try out some new teams, places and experiences. Maybe this is what fuels the phenomenon of ground-hopping - it's the opportunity to experience novelty in a relationship that has long grown stale.

Maybe another solution is to always take someone new with you, and see it the way they do?

I wonder whether a pair of fresh eyes, the innocence and wide-eyed wonder of a total newbie, would make such an impact on my church life too.
Posted by Jongudmund at 22:03 No comments:

Barclays Bank appear to be a bunch of tax-dodging bastards

I’ve just had a bit of a rant on Twitter. Thought it might be worth making a more structured argument here.

The thing that really gets me about such (probably totally legal) criminality is that tax-dodging on such an epic scale is really a form of social robbery. Barclays should have paid £3,164 million (or 3.164 billion if you’re using American billions) in tax.

They have robbed the British treasury of over £3,000,000,000, which means they have collectively robbed the people of Britain of whatever the Government could have spent that money on.

Seriously, that is how much they have stolen from us by exploiting legal loopholes.

If you’re making money off Barclays you’re guilty of complicity in this swindle. I honestly think that.

I don’t know why we don’t get more angry about this. I know it’s not just Barclays. It could be every other large corporation. Why aren’t we angry with all of them?

But it’s not going to happen without pressure from people like me and you.

This country is going to lose its free healthcare system. It’s going to lose investment in its infrastructure. The schools and hospitals and roads and rubbish collections and leisure centres and libraries and parks and public transport in your area is going to be cut. Fact. And if you’re a normal member of this society you either don’t know that or you don’t give a shit.

Most people don’t. Who cares about corporate profiteering when you can watch Got to Dance on Sky? TV is the 21st century opium of the proles.

Email ThisBlogThis!Share to TwitterShare to FacebookShare to Pinterest
Labels: bank, Barclays, business, justice, rant, things you should really give a shit about, TV

A few weeks ago comedian Frankie Boyle (who seems to grow less funny with every passing month) caused a nasty sort of stir when he used various racist slurs in one of his routines. One of those words was 'Paki'.

Given that 'Paki' is considered quite an offensive term, I'm not sure who really thought up the names for these Disney characters... 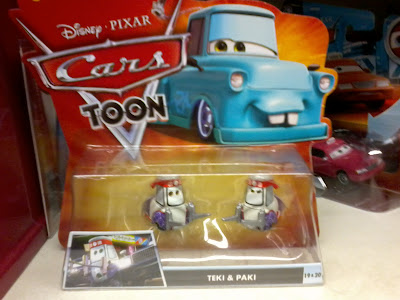 The potential for miscommunication is immense.

Wedding in Bournemouth. Looked for a pub to go afterwards. Found a place on Google that had a 5 star rating, called The Cricketer's Arms. Friendly landlord called Jake. We made his night when we told him his pub had 5 stars on Google. The pub was a proper Victorian boozer, and when I went in the gents it had the most magnificent urinal EVER.

It was so amazing I had to take a picture. 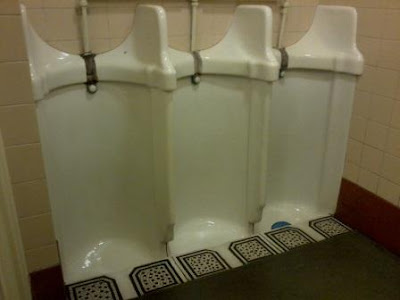 There's a little part of me that is concerned for the person who felt the need to doctor this piece of graffiti with gaffer tape, just to make it theologically correct. 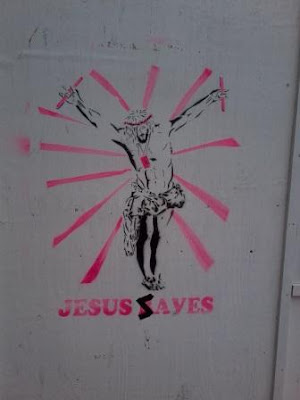 Posted by Jongudmund at 22:56 No comments:

There's an "outpouring" going on in Wales. At least, that's what they're starting to call it. A church in Cardiff has been having weeknight evening meetings. Some people are very excited about it all.

I have to admit, I'm not negative about it, but I'm not rushing to see what all the fuss is about. Rumours of revival are a bit like the leading of the technology curve. There are early adopters and then there's the bell curve of interest, then there are the laggards.

The thing is when the bell curve gets going the early adopters are joined by the rush of people trying it out. But the rush don't last. How many accounts on Twitter or Facebook are all but dead? (The answer is 'many'.)

I'm not trying to retcon my own experience of church and faith. I wouldn't deny the real effects of being caught up in a spiritual outpouring 17 years ago. But I guess I've gained perspective. When I was inside I saw people rush to see what as going on, and then they drifted away. They were excited about God 'moving' (although the very definition of God is that he 'moves' if you think about it) and wanted to be part of it, but now, well...

So, being outside? I'm happy. I'm not so arrogant as to say I don't need a new experience of God, but I'm not sure I should be chasing that experience instead of chasing God. I'm where I'm meant to be; I have that confirmed to me on a regular basis. God is moving - not in gold dust from the ceiling type ways, I admit - and people are coming to know him. I've had opportunities to talk about faith this week in the most unexpected of ways.

I feel as well that from the outside this incredible thing actually looks quite small. I know from experience when you are caught up in something like this it seems huge, as if that is all there is. And you forget that actually there are millions of people outside, getting on with other (God) stuff, quite happily.

God is bigger than an outpouring. And right now there is more God stuff going on outside than inside, just by the law of probability and numbers.
Posted by Jongudmund at 08:08 4 comments:

When I grow up I want to be an oporopolist 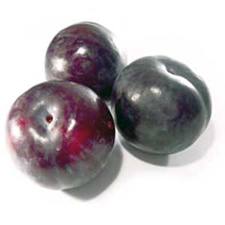 Another word of the week time.
Oporopolists sell fruit for a living.
Several years ago I was in our local Asda and I was checking how hard the plums were. For some reason Asda sells 'soft fruit' that is actually rock hard. Then Cathy turned around and said, in a very loud voice: "Jon! Stop feeling the fruit!"

Everyone present stopped what they were doing and looked at me.

After several months tweeting for work, I have decided to tweet as myself. You can follow me if you wish at http://twitter.com/jongudmund