The real meaning of Christmas #3 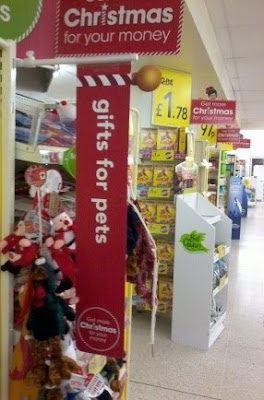 All you need is vole!

I'm not sure why you would want eight inch high letters L-O-V-E as ornaments, and neither it appears did someone in John Lewis, Cardiff... 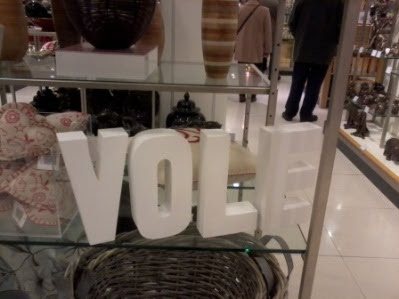 The real meaning of Christmas #2 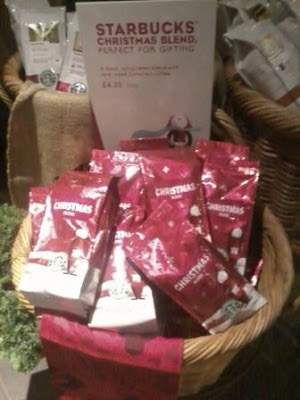 "And, verily, when Mary had given birth, she took hold the child and wrapped it in swaddling bands and layeth him in a manger. Then she turneth unto her husband and sayeth 'How about a cuppa, Joe?'" - The Gospel according to Starbucks, chapter 1.
(Also I like the way its 'Perfect for Gifting'. Not 'giving'. Gifting. When did we stop giving and start gifting?)
Posted by Jongudmund at 07:29 No comments:

It's so nice to see a company make sure that all their communications potential supports their brand. Posted by Jongudmund at 07:16 No comments:

The real meaning of Christmas #1 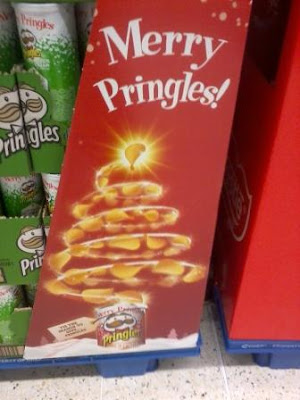 Posted by Jongudmund at 12:51 No comments:

This resonates with a dark part of my soul (wait, I have a soul?) 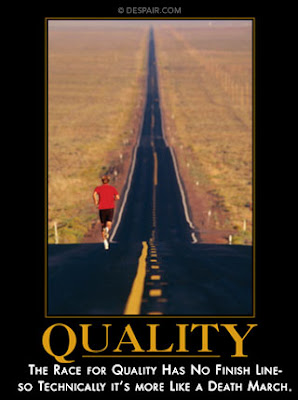 From the awesome nihilists at Despair.com
Posted by Jongudmund at 09:28 No comments:

A little light relief for Friday

This Venn Diagram has been shamelessly pilfered from Despair.com. If anyone would like to buy it me on a t-shirt for Christmas I will be happy...

Posted by Jongudmund at 07:22 No comments:

Book review: The Girl With the Dragon Tattoo

I really didn't like this book, for three main reasons.

The first one is quite petty. But basically I found myself agreeing with Phil Whittall. And those of you who know me and know Phil and know how we go way back will know how painful that is to admit to. (My tongue is in my cheek as I type that.)

When I say agree, I agree mainly with his points (articulated in this post) about unnecessary episodes of violence, including graphic descriptions of sexual torture.

Rape and sexual violence is real in this world. It's horrible and it is wrong. There is something very screwed up about turning it into entertainment.

And there are three gruesome incidents that actually could have been cut from the book without much being lost. That they were written and included says something about the writer, Steig Larsson. Phil relates how Larsson witnessed a gang rape, which traumatised him. Well, it may have been catharctic to write about ultra-violence, but really that should have been shared with a therapist, not the book-buying public.

Thing is, if you are going to turn yourself into a hero, then make a bit of an effort. Being the kind of guy everyone sleeps with and who falls arse-first into money, and who gets even with all the bad guys in the end, is improbable. It makes you look pitiful.

And thirdly, the denouement was shit. [SPOILER ALERT]

So, the missing girl had been alive all along and living in Australia.

Somehow the police weren't able to work that out. But nobody is that good at disappearing. Certainly, not 16 year-olds. We were meant to believe that the Uncle who was obsessed with her disappearance had spent thousands of kroner to try and find out what happened, but no one had worked out that there were two family members with the same name out there! It was just rubbish.

And then there were the last couple of chapters after all the excited unveiling of the serial killer (!) that covered the financial journalist's vengeance in print on the industrialist who had bested him in a libel case. And it all worked out perfectly. And everyone was happy. And all the bad guys got their comeuppance! And the Famous Five got to eat tea with their Auntie and washed down the ham sandwiches with lashings of ginger beer.

Give me a break.

There was a taster for the next in the trilogy at the end of the book. I thought I'd read it. Oh, another girl getting tortured. Great.

This is where I diverge from Phil. He said he might read the other ones in the series. I won't.
Posted by Jongudmund at 22:47 No comments:

I'd heard a lot about classic Doctor Who stories, and Earthshock always comes up as one. So I borrowed this DVD expecting to be mildly entertained.

Frankly, this was dross. Okay, it was TV science fiction filmed in 1982. What was I expecting?

Weeeellllll.... a bit more than this. It dated from the days when a Who story had to be at least four episodes long. Which is fine if you have enough material to fill just under two hours. If you don't, then you get a lot of filler.

Then there was the Doctor getting captured and being held prisoner on the bridge, where he could walk around at his leisure and poke things on the control panel. I know saying that a science fiction show was unrealistic sounds stupid, but this was people acting in a way contrary to how people would act. No matter how ludicrous the situation (and Doctor Who has had some ridiculous situations in the past), the thing that was most unbelievable about this show was the way people were portrayed.

And Cybermen are meant to be scary, emotionless, resolute killers. They aren't meant to stand around chatting like night watchmen talking about the football. Villains who aren't in any way villainous are a waste of space.

Apparently a sedentary lifestyle can lead to you developing a venous thrombosis. Watching this would make you wish for one, just so you'd have something exciting happen.

The thing is, I know next time someone offers to lend me some 'classic' Who, I will probably find it hard to turn it down. There must be somewhere I can get help.
Posted by Jongudmund at 07:49 No comments:

Two weeks ago in work I was on a creative roll. I wrote about three pages of nicely paced succinct copy, teasing out ideas for a book I'm writing. Last week I went to look for the document and couldn't find it.
I think I have done the thing that I always roll my eyes at when other people do it. I think I forgot to save the document before closing it down.
I was certain I'd saved it on my personal machine, not the network. I have rummaged through the temporary files on my machine. I have even put a call in to IT and risked looking like an utter fool in the eyes of the geeks.
To no avail.
I just have to accept that I have lost it and move on. Hopefully at some point I will be able to recapture those lost thoughts. Who knows, I may write something better. But for now only one word sums up the frustration I feel.
Gaaaah!
Posted by Jongudmund at 21:36 No comments:

Email ThisBlogThis!Share to TwitterShare to FacebookShare to Pinterest
Labels: computers, frustration, Gaaaah, I can't believe I did that, IT, stupid things I've done

Runnin' with the Devils

People of a certain age and musical preference will get that title.

I have been to see the Cardiff Devils play for the last two weekends and have seen them win twice. Obviously a lucky mascot for them. Although they already have their own mascot, Lucy Fur.

Last night my friend Bryan was there with his wife, Elaine, and two of their friends. It was reportedly Elaine's first live sporting event of any kind. In the first period Bryan got hit by a puck (shoulder injury, probably not as bad as he made out, the wimp), and then in the second period, the group won the 'Domino's hot seat' competition and got a free pizza.

I, meanwhile, had a rather uneventful time at both games, although as ever I had fun introducing people to the drama and chaos that is ice hockey. I went to the one the previous weekend with Cathy and her uncle and aunt, who both thoroughly enjoyed it and want to come back with Cathy's cousin at some point. Last night we were with the Glenwood Youth for Soul Mister, and we had some kids who hadn't been before.

It's rewarding introducing people to new experiences. Especially when your team win.

I also like the fact that we took the boys from the church youth to an ice hockey game, to cheer on the Devils no less. I know some Christians who would feel uncomfortable about the "devil" aspect of things.

It's less of an issue for me, because I have real certainties about 'satan', chiefly that the idea of satan as a 'personal being' is a bit of mistaken theology.

I'll acknowledge that there is evil in the world and opposition to the divine intent for humanity, but I wouldn't go as far as to personalise it. Humans are personal beings because we represent the imago dei; the ultimate personality. I'm not sure whether the opposition has such a personal element.

That's just a thought and some people may be huffing the word 'heretic' as they read it, but I like my theology to be underpinned by revelation (or reason, if revelation is insufficient). If you can construct for me the Lucifer story based solely on Bible verses, I'd be interested to hear it. And I see no reason to get into demonology. That way lieth craziness.

Belief in 'the devil' in certain sections of the church is almost a given, I know. To express a doubt is to somehow let 'the devil' win. But I'm not expressing a doubt. I'm expressing a certainty.

Whatever kind of force 'satan' is, it's not personal in the way we are personal as humans. The only way it could become personal is if we acted in the way of the imago dei, and rendered our personality to it, in the way that God rendered humans as personal beings.

In other words, like pets and other animals, we can anthropomorphise that which opposes us, until until it becomes an enemy powerful enough to win.
Posted by Jongudmund at 21:34 No comments: