This is my last post in the series detailing our trip to the USA and Canada. It was six weeks ago today that we arrived back in the UK.

As mentioned in the previous post, we crossed over the Rainbow Bridge next to Niagara Falls and started the 300 or so mile trip across New York State.

Before we left Canada we went to a rare Canadian IHOP, where I had the healthy breakfast. It had fruit on it and everything. 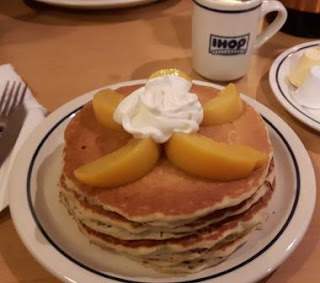 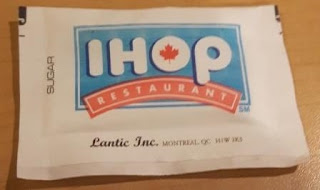 Our destination was Albany where we were going to stay the night before driving across Massachusetts the following day. Unfortunately the motel we had booked there was not a good place. It was the same chain we had stayed in back in Niagara, but in Albany the building and bedroom was filthy. We checked in and then we did something we had never done before - we checked back out again! There was another hotel across the road, and we got a room there. It wasn't great, but at least we didn't feel like we would wake up murdered.

We got out of Albany pretty quickly the following morning. We had quite a bit of driving to do. Cathy took a lot of photos out of the windows because there was always something to see. Whether that was the expanse of sky over the open country... 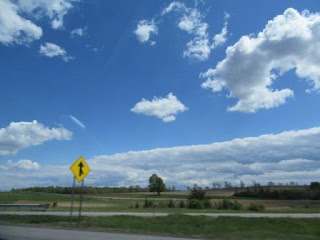 ...or flame-decals on big red trucks. 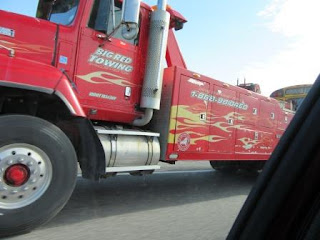 We stopped at one of West Massachusetts's biggest tourist attractions: the factory outlet for the Yankee Candle company. 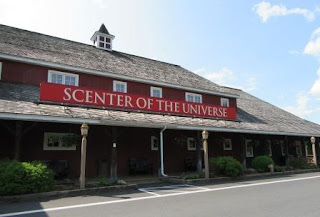 If you like Yankee Candles, then you need to go to Yankee Candle Village. Even if you don't, it's worth a visit. They have a year-round Christmas village full of decorations. O gauge trans run overhead in many of the rooms. They have a great toy shop, which includes this Lego model of  the 'Village'. 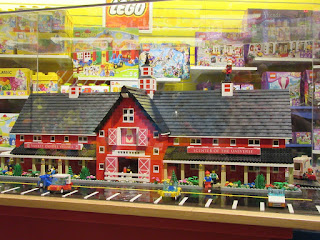 Eventually we got back in the car and drove back right through Boston and up towards Marblehead, a little town on the coast. We had much nicer lodgings here, in a B&B. 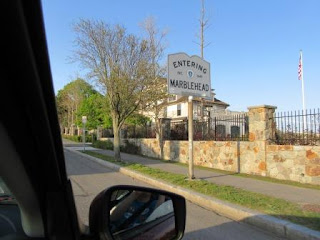 There isn't much in Marblehead. 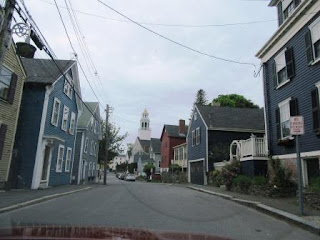 But they do have a very nice headland, that is peaceful and scenic. 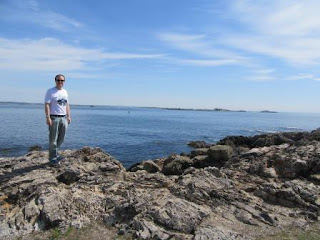 It has this oddly-constructed lighthouse on it. 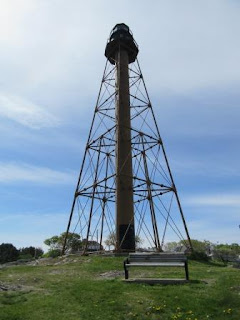 There's also a fort and a harbour. There is a lot of history in the place. The first ship commissioned into the new United States navy after the declaration of independence was from Marblehead.

It's also just down the coast from Salem, which is of course famous for one thing - the witch trials. The town now is full of occulty shops selling witchy tat. It also has a statue of America's most loved witch, Samantha from Bewitched. 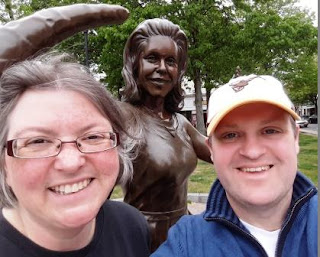 And it's not all witches. There were a number of churches too. 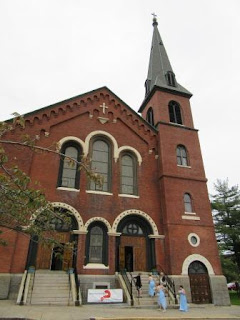 We had lunch at the sci-fi themed Flying Saucer Pizza Company restaurant. They did vegan pizzas. Their decor was all kinds of ace. 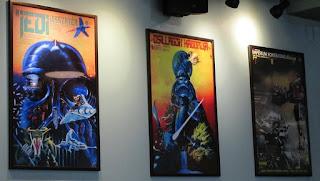 As was their signage. 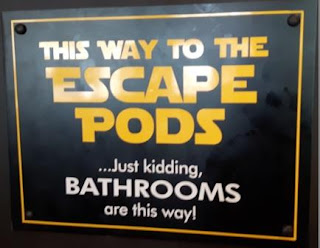 The following day we headed back to Boston to the airport, stopping on the way on another headland called Nahant, where we got a view across the water of the Boston skyline in the distance. 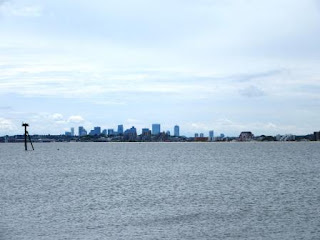 Soon we were driving back into Boston. On the way to Marblehead we had passed this gloriously named place. 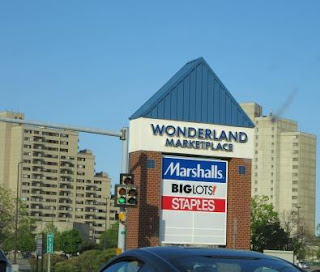 On the way back we saw this confusing signage that I'm sure had a deeper meaning. 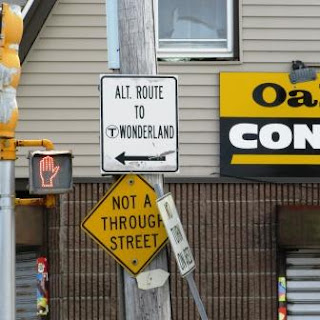 We were leaving Wonderland and coming home. It had been an epic 17 days and it was all over far too soon.
Posted by Jongudmund at 22:52 No comments: