On to the second half of the selection box of American cereals that Cathy bought me.

Next on the menu were Golden Grahams. 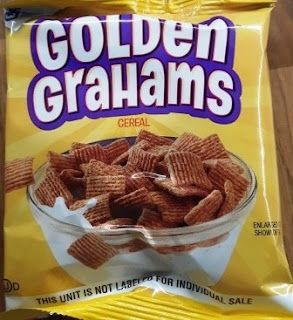 These were delicious. They are crunchy and have a sweet taste that's like burnt brown sugar (but burnt in a good way). 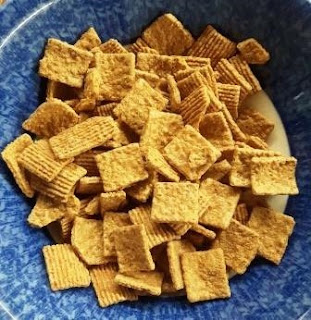 I was interspersing the packets of Cheerios with other cereal and had reached the last variant of them. I had high hopes that Honey Nut Cheerios were going to be a bit special. 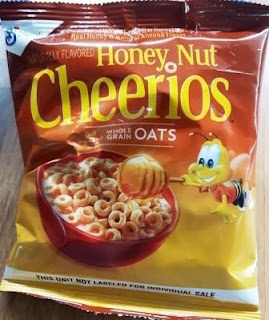 But they were a bit disappointing. I couldn't really taste any honey or nuts. They tasted like Cheerios. 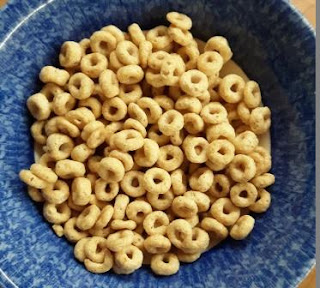 Leaving the disappointment of Cheerios behind I went for the bright red packet of Lucky Charms as my penultimate choice of cereal. 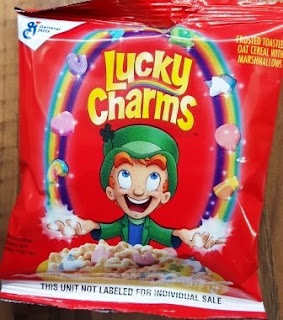 Lucky Charms are basically misshapen Cheerios with foam mallow bits in that have a surprising texture and a 'snap' to them when they are chewed. The foam mallows are very sweet and have some flavour to them, although it is hard to tell because the sweetness is overpowering. 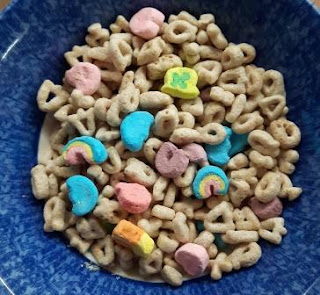 My final packet of cereal was Cinnamon Toast Crunch. 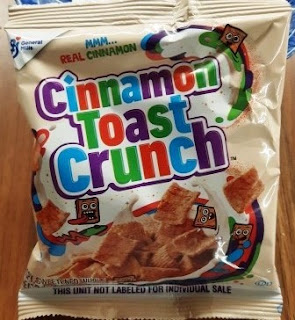 These are basically the same as Golden Grahams, but dusted in cinnamon. As I like cinnamon flavoured things, they were a real hit! 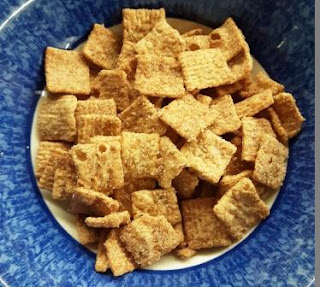 So, what's the verdict. This was a great box to munch through and picking a cereal every day was quite fun. I wasn't planning to rank the cereals when I started out, but it seems like the natural thing to do.  I would probably rank them as follows:

5 - Trix (if only for the novelty value)