I love visiting islands off the coast of Britain. A few years ago we managed a trip to Lundy. On this holiday we decided to visit Bardsey, or to call it by it's proper name, Enlli.

The approach reminded me a bit of that mist covered island at the start of Jurassic Park 3. Atmospheric would be a perfect word for it. 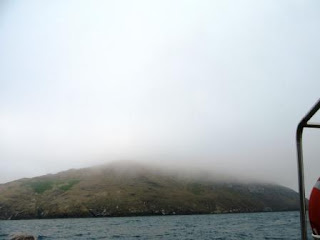 It's a mark of life in a pandemic that even on an island outpost surrounded by sea, you're welcomed with hand sanitizer. 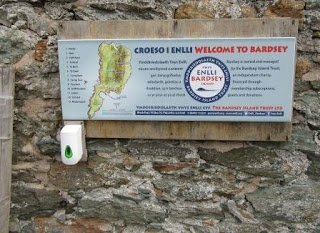 We chose to walk up to the lighthouse first. 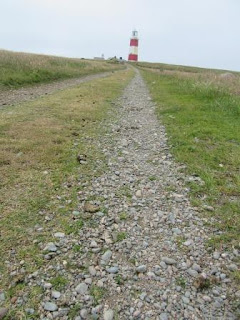 From by the lighthouse, you get a good view along the length of the island towards Mynedd Enlli. 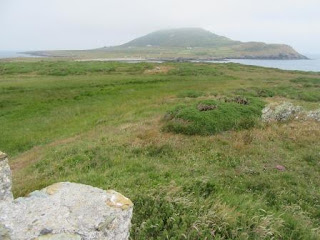 Then we walked back. 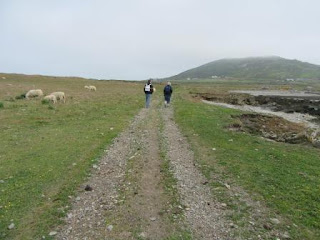 This meant we walked back past the beach where all the seals were lounging around and mucking about with their flippers in the air. You are most definitely not allowed to pester the seals by going near them, but that doesn't stop them from being curious and watching you intently. 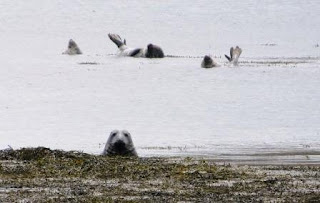 Later, as we waited for the boat home we heard the seals "singing". That was quite a unique experience.
On the slopes of Mynedd Enlli, is the ruin of the old abbey. 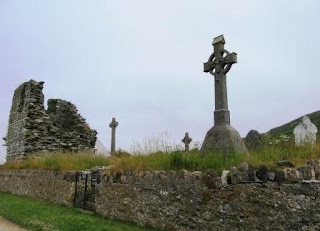 There really isn't much left of the abbey. There is a chapel behind it though. There are sometimes spiritual retreats on the island, following in the steps of the Celtic saints. 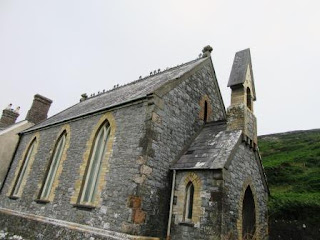 The trees are a giveaway of the prevailing wind. I love island trees that look like this. 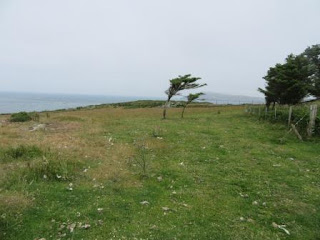 On the way home, the boat captain drove very close to the island shore so we could see the seabirds. These kittwakes are the males who had been unlucky during the mating season and were now left in a bachelor flock while the successful males helped raise a chick. 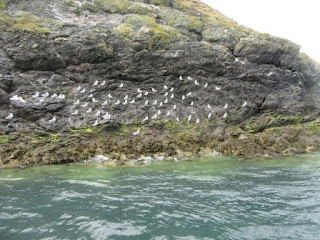 But the absolute highlight was the puffin nests, with the puffins proudly standing guard in front of their burrows. 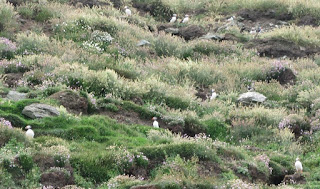 After that slight detour, the boat sped back to the mainland and that was the end of our trip to Ynys Enlli.
Posted by Jongudmund at 08:01