I love going on a steam train. This was slightly unexpected because we had to book in advance and I thought we were going on the Ffestiniog Railway from Porthmadog to Blaenau Ffestiniog, but instead we had booked on the Glaslyn Venturer train on the Welsh Highland Railway that went from Porthmadog in the other direction, to Beddgelert.

Our train was pulled by a double-header of Double Fairlie locomotives. 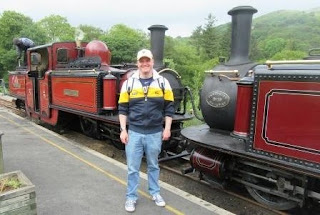 Double Fairlies have two boilers. This photo is a better illustration of what they look like.

My Mum was paying for the trip and she said she wanted to be in the Observation Car. So we rode right at the very end of the train, like royalty. Here we are practicing our waves for the commoners. 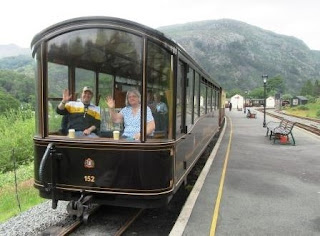 The route heads across the road, stopping all the traffic, then alongside the estuary next to the car park where we had left the car. We got to see it as we steamed past. It's the red one. 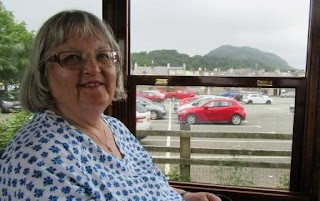 The opening stretch of the line just heads in a direct line towards the mountains. 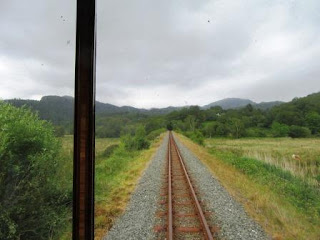 Then it climbs up through the Aberglaslyn Pass. The scenery is specatacular. Even on an overcast day! 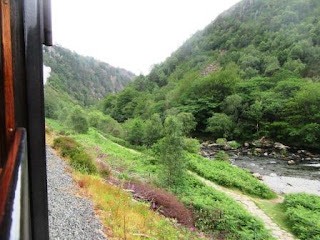 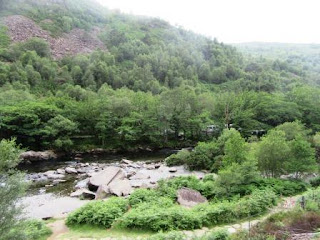 There are rocky cuttings... 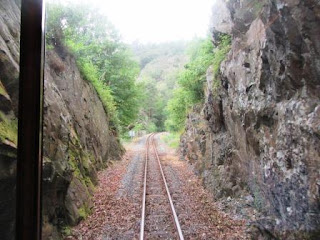 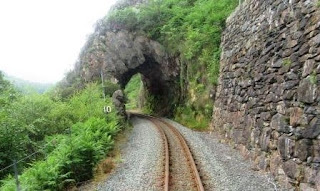 We arrived in Beddgelert. I made my travelling companions pose for the obligatory photo with the station sign. 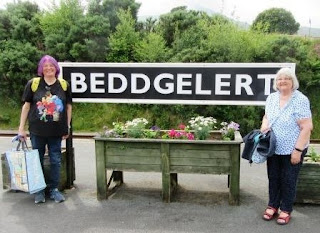 We walked down into Beddgelert and queued up outside Glaslyn Ice Creams. We all had different flavours and we all agreed they were delicious. 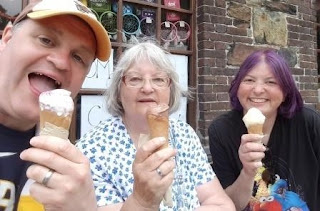 And then we got back on the train for the journey back. We had much better views this way because on the way there we were directly behind the locomotive.
We held up the traffic again when we arrived in Porthmadog. Mum said that she had been stuck waiting for trains to go past so many times in Porthmadog it was nice to actually be on the train this time! 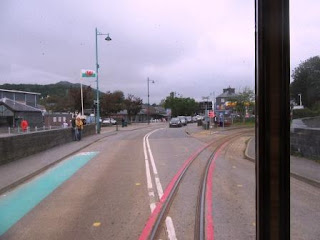 Because the Welsh Highland Railway and the Ffestiniog Railway are linked and services connect at Porthmadog Station, that means there is plenty to see there. This is one of the Ffestiniog locos. 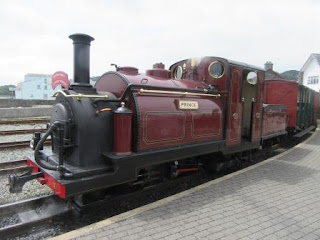 The coaches for the Ffestiniog Railway are teeny-tiny. 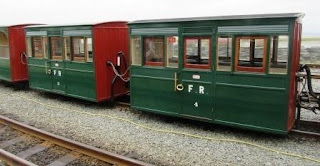 When we got back, there was a diesel loco doing some errands at the coaling stand. I love watching proper service manouevres like this. 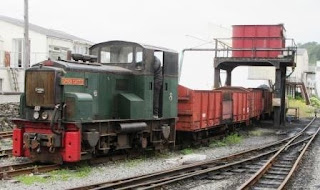 So, it wasn't the day out we expected, and it was still really lovely. We got to buy ice creams from one of my favourite ice cream shops and see some spectacular Snowdonia scenery from the comfort of our seats in the observation car.
Posted by Jongudmund at 21:07