This is just a final round up post of things from our holiday on the Lleyn Peninsular. We had deliberately timed it to be away during the European Championships, because I like holidays where we do stuff during the day then go home and watch football in the evenings. It worked well with mealtimes. 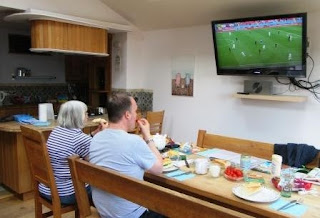 We took my European Championships wallchart with us! 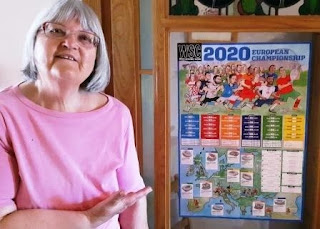 I filled it in studiously. The asterisks are games we watched. The day Switzerland got a last gasp equaliser against France then beat them on penalties was an exciting day. 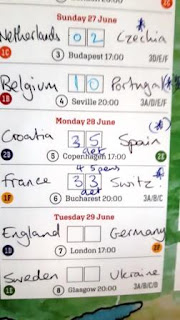 In Criccieth we saw one of the installations by the Football Association of Wales honouring members of the Wales squad. 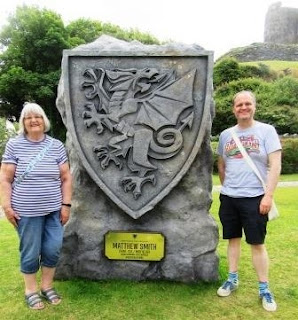 But away from football we enjoyed the beaches... 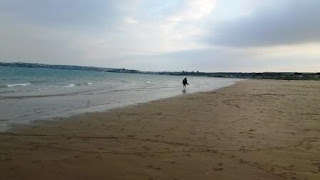 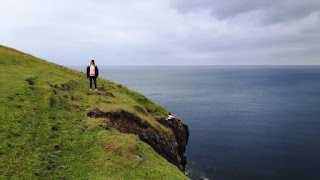 And we followed instructions and didn't fall headlong into the sea. 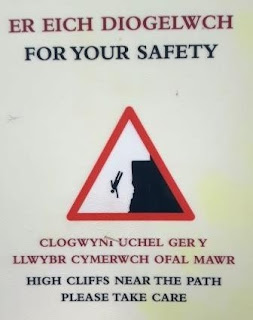 We visited Nant Gwerthyn, which is closely linked to the revival of the Welsh language in the mid-20th century. 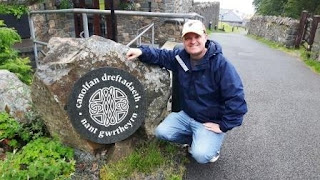 Siaradais i Gymraeg yn siopia a bwytau. Prynias i llyfr yna yn siop llyfrau Gymraeg yn Pwllheli. (I spoke Welsh in shops and cafes. I bought this book in the Welsh bookshop in Pwllheli.) 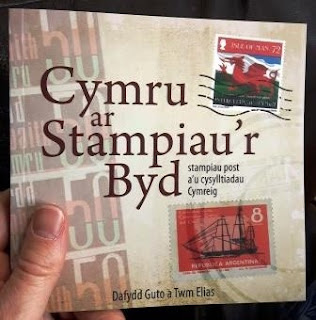 The book is 'Wales on Stamps of the World', and, yes, it's in Welsh. I found I understood more of it than I expected. It has inspired me to consider a new philately project.
In Porthmadog we called into the Purple Moose Brewery shop. Cathy found a friend who matched her hair! 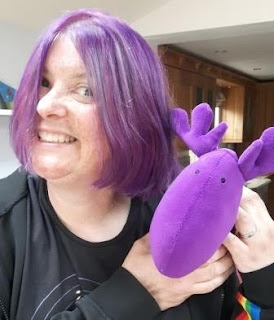 The village we stayed in had a field with horses in. Something tells me this horse knows he's a good-looking horse. 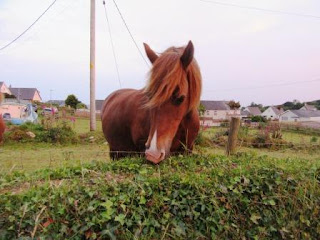 We also had a pair of seagulls who clearly had learned to beg for food from people staying in the cottage. They were quite happy to walk up to the patio doors and peck for attention. 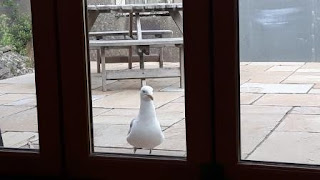 And if you tried to ignore them, they would seek a bit of height to try and eyeball you again.

But we are resistant to the charms of seagulls, even though these seemed slightly less obnoxious, and a good deal cleaner, than Cardiff's sky-rats. We ignored them and eventually they gave up and flew off.

Our week seemed to be over very quickly, which is the sign of a good holiday!