On an internet forum that I frequent, somone posted about a "gig venue ladder" in London that bands would ascend, with certain venues marking a 'promotion', similar to how football teams get promoted. I decided to do something similar for Cardiff, including lots of venues that sadly no longer exist, which I've marked as RIP.

I've put the venues into "divisions" using football terminology that makes sense to me. I've also included some of the acts I've seen in the venues. I blogged about some of these gigs in the past, so this gives me an excuse to link to some of those old posts.

In each division there are several venues and they kind of jostle for eminence within that division, so the listings within the divisions aren't in priority order. I've also probably missed some out - feel free to add venues in the comments and suggest where they should be placed. If you think a venue should be promoted or demoted, then let me know.

Conference level (these are basically pubs)

Students Union Y Plas, which used to be called Solus (Jaret and Erik from Bowling for Soup on an acoustic tour - I don't have a gig review but here is a photo) 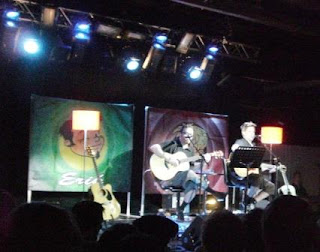 Millennium Music Hall (RIP, although I think this might have reopened) (Terrorvision)

Chapter Arts Centre (Boothby Graffoe, who made this joke!)

Students Union Great Hall (Terrorvision, Bowling for Soup - although I don't mention the venue in this review, I'm pretty sure it is this one)

Clwb Ifor Bach (Nizlopi) - Clwb Ifor Bach has a cachet that elevates it to Championship status despite being smaller than some other venues. 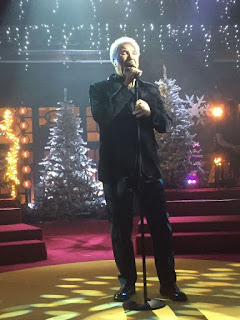 Cooper's Field (Florence & the Machine, You Me At Six as part of the Olympic Torch celebration)

There are two things I really noticed from this.

1) Loads of smaller gig venues in Cardiff have disappeared. I can't think of venues that have replaced them, which reflects me going to fewer smaller gigs more recently. (Before the pandemic obviously!)

2) There is a parallel stream of venues. So a band wouldn't go from the Great Hall to St David's Hall on subsequent tours. It would depend on the age and status of the band. It's more likely they would do the Great Hall, then the CIA/ Motorpoint on the way up to being big enough to play the stadia, then be doing gigs at St David's Hall on the way back down when their fan base was older and preferred to sit down. In most of the divisions there are gigs that are more suited to certain bands and styles of music.

So, which venues have I missed? And which are in the wrong division?