As we couldn't go out anywhere to celebrate my recent birthday, Cathy and I decided to splurge on a big Lego set and spend the day building together. The set we chose was one of the Lego "Modular Buildings". These are big models (nearly 3,000 pieces) and we have built a couple of them before. 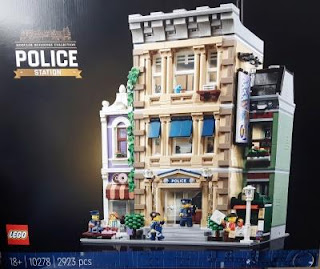 There is always a story built into these sets. In this one, the doughnut shop next door to the police station is the victim of repeated theft. This is being reported on the front pages of the newspapers being sold in the little kiosk next door. All becomes clear as the build progresses and it becomes obvious who is thieving doughnuts and how. (They also explain it in the instruction book.)

The doughnut shop looks very welcoming with an array of baked goodies. 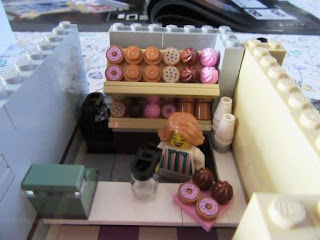 There are always lots of hidden jokes and extras in these sets. Like a secret tunnel under the police cell, which is one of the first things you build. It comes complete with a spoon, which is presumably the digging implement used by the tunneller. 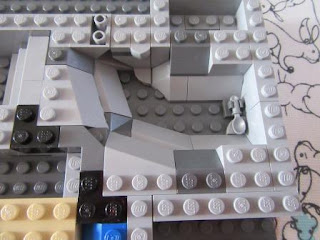 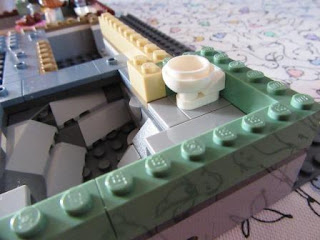 The police station interior is very detailed. I particularly liked the "murder board" on the second floor, although I imagine this would actually be the "doughnut theft board". 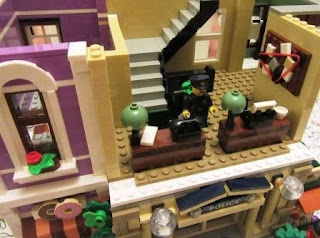 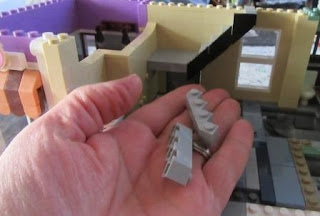 Above the doughnut shop is a little apartment with a record player. 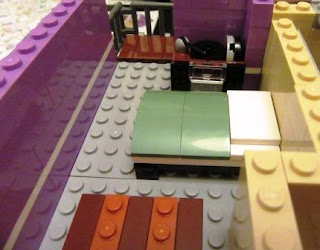 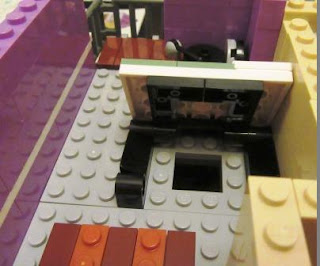 We built the first two storeys of the building on my birthday before calling it a night. 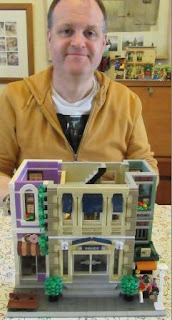 We finished it off the next day. The third storey included the interview room with an old-fashioned reel-to-reel recorder. 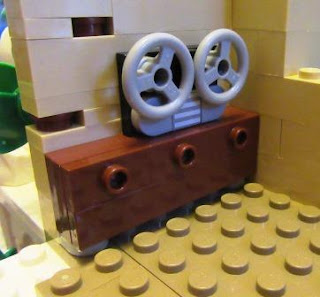 In addition to the microbuilds inside the police station, there were exterior details too, like the ivy climbing up one side of the building. 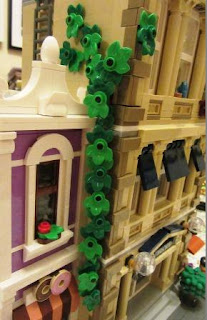 And so on my 'Birthday Boxing day' we completed the build. 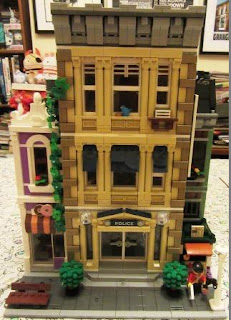 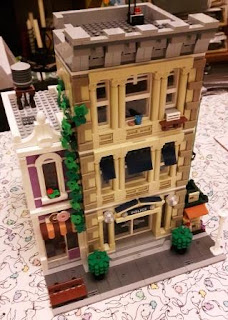 Now we have the fun task of finding somewhere to put it!
Posted by Jongudmund at 08:16