Here's a review of the telly I watched in 2020. (The picture is relevant!) 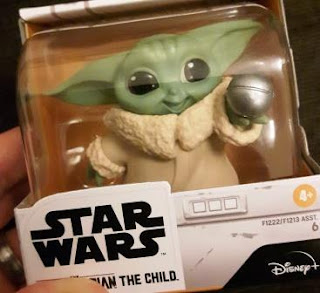 The only 'reality TV' series I watched was The Great British Bake Off. Kudos to the team for being able to film it during a pandemic, but really it followed the same format as it ever does. It was nice escapism to watch something where the only dreadful crisis is if someone has burned their biscuits or dropped their doughnuts on the floor. My main criticism is that Sandi Toksvig was a big loss on the presenting front.

Back in the summer we started paying for BT Sport so that I could watch baseball on ESPN. I ended up getting up in the middle of the night on a couple of occasions to watch my team, the Padres. That included the post-season play-off games, all of which were shown across BT Sport. I've since taken up a special offer and we now have Sky Sports as well. So I've been watching a lot of football.

Cathy and I have been having lunch together almost every day in lockdown. We tend to watch an episode of a comedy with lunch and have worked through all 11 seasons of Frasier, starting from season 1, and other American comedies, Man With a Plan, Superstore, and Single Parents.

Man With a Plan stars Matt LeBlanc as Adam and his on-screen wife, Linda, is played by Liza Snyder, who we used to watch years ago in a sitcom called Jesse where she was the sparky best friend of Christina Applegate's titular character. Given the twenty or so year gap between watching her in Jesse, it's quite funny to imagine that Joey from Friends married Linda from Jesse, and they both changed their names and moved to Pittsburgh. We watch a lot of American comedies and the connections via actors is quite funny. For example, Swoosie Kurtz plays Adam's mom. But she was also in Mike and Molly, playing Molly's mom. Again, it would be quite feasible for Adam and Molly to be estranged siblings with the same mom.

Superstore is set in a Walmart-style big box store populated by a mix of eccentric staff-members. What I like about it as a show is that none of the characters are just out-and-out stupid. Some are naive, and others are weird, but unlike in many British sitcoms where you tend to have one smart character surrounded by idiots, all these characters have depth. Single Parents is about a group of single parents whose children are all in the same school, and who have grouped together for mutual support. The cast is lifted by Brad Garrett, who I rate as one of the most overlooked comic actors at work today, and some really cool kid actors. The twin girls to whom Brad is a single dad, are perfectly cast as malevolent evil geniuses in waiting and yet manage to be adorable at the same time.

It was weird going back to Frasier after so long. It was well worth second look and it has held up much better than Friends, some 20-25 years on. Some plotlines jar, particularly around discussions of homosexuality, which were probably quite progressive when the show was written in the 90s, but feel a little bit old-fashioned now. One episode where Frasier is erroneously outed as gay doesn't have the same edge to it as it may have done originally, because who would really care now about that sort of thing?

One British sitcom we have discovered and quickly watched through on iPlayer is Upstart Crow, written by Ben Elton and starring David Mitchell as Will Shakespeare. There are a lot of laughs in this as it shows Will as a shameless plagiarist who is also adept at turning everyday life into scenes for his plays. There are running gags about terrible coach journeys between Stratford and London, and knowing nods to issues like immigration, European unity, and a country run by rich posh boys. There are a few rude bits, but they are placed in mock-Shakespearean language, and are quite funny. There are some jokes where it helps to have a bit of knowledge of Shakespeare and some of the controversial conspiracy theories about his writing, but overall I don't think you absolutely need to know what's going on to enjoy it.

And so on to my absolute TV highlight of the year - The Mandalorian on Disney Plus. This show was the reason we bought a year's subscription to the streaming service, and it was worth it. I reviewed the first season back on Star Wars Day. The second season was even better. 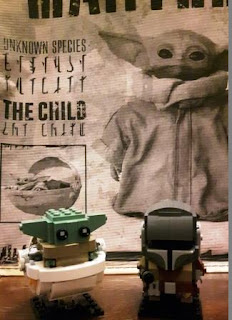 The second season follows the Mandalorian as he embarks on a quest given to him by his cult leader to deliver The Child (aka Baby Yoda) safely to the Jedi, who can train The Child to use the Force. It's a straight 'quest' narrative. Along the way the Mandalorian has to fight monsters like the Krayt Dragon and giant ice spiders, deal with treachery, strike up new alliances, and keep The Child out of the hands of the sinister Moff Gideon who wants to exploit The Child's abilities to help relaunch the Galactic Empire.

I would quite like to know what people who aren't steeped in Star Wars make of The Mandalorian, because this series really felt like it was aimed squarely at fans. We see some characters return from the first series, but also live action debuts from two characters who were well-established in the Star Wars cartoon series. These are Bo-Katan Kryze (played by Katie Sackhoff), the exiled ruler of Mandalore, and the apostate Jedi, Ahsoka Tano (played by Rosario Dawson). Both these characters featured in The Clone Wars cartoon series and Star Wars Rebels.

The episode with Ahsoka seemed to lay the groundwork for a future series about her, as she is seeking the whereabouts of Grand Admiral Thrawn. The last episode of Star Wars Rebels shows Ahsoka setting off on a quest to find Ezra Bridger, another Jedi survivor, who has disappeared along with Thrawn and Thrawn's fleet into hyperspace as part of a plan to liberate the planet Lothal. But I don't think you would need to know any of that to appreciate the episode.

This is something that the Mandalorian does very well. It throws in all these references to Star Wars lore, like the Krayt Dragon, or Operation Cinder, but in a way that doesn't bog down the storytelling or rely on you knowing what any of these things are before watching it.

And then there were two big characters from the movies that returned - Boba Fett, and Luke Skywalker (three if you count R2-D2, which we probably should). It is now Star Wars canon that Boba Fett survived his encounter with the Sarlacc in Return of the Jedi and lives on to hunt bounties for another day. Meanwhile, we got to see Luke Skywalker in the early days of the New Republic when he was trying to create a new Jedi Academy. We know how that panned out from the events relayed in Star Wars Episode VIII - The Last Jedi.

That leads on to a source of real concern for fans of the show. We now know The Child's name is Grogu, and he was entrusted to the care of Luke Skywalker. But we also know from The Last Jedi that Ben Solo went beserk and massacred the other Academy students. Grogu was once apparently in the Jedi Temple on Coruscant, where the child Jedi were massacred by Anakin Skywalker.Will Grogu survive a second massacre of Force-attuned children? Let's hope so.

There is going to be a third series of The Mandalorian, which I think will focus on the Mandalorian helping Bo-Katan's efforts to liberate the planet Mandalore. Given that this series ends with the Mandalorian fulfilling his quest, aided by Bo-Katan, it makes sense for the next series to pick up from there. Katie Sackhoff played the part of Bo-Katan very well, and I would be happy to watch a series where she had a main role.

The big reveal at the end of Season 2, however, was that there is going to be a Boba Fett series called The Book of Boba Fett. As a fan of Boba Fett, this is excellent news and I am beyond excited about it.

I think the future for Star Wars is probably going to be these short-form series. Both series of The Mandalorian are only eight episodes long and yet they have been much more satisfying than some of the recent movies, which haven't performed as well as hoped at the box office. At one point Disney were planning to release a movie a year, but I think they have backtracked on that now.

And why would they invest in movies that might not work when TV shows like The Mandalorian can generate as much interest. The merchandise available for the show seems to have been very popular. It is also going to drive subscriptions for Disney Plus, and they don't have to split their costs with distribution companies or cinemas. And overall the shows are cheaper to make. They are filmed almost entirely on virtual sets with a small cast. The return on investment must be incredible. The executives must be thinking this is the way forward.

So that's my review of TV in 2020. In a year when I needed some escapism I got to travel to a galaxy far, far away, and thoroughly enjoyed it.