One of the real highlights of last year was being asked to be Best Man for one of my best friends, all-round creative bright spark and fairly decent graphic designer, Matt, as he married the lovely Lauren.

One of the things I really had in mind as Best Man was a shot for us groomsmen, because one of the things about weddings is that there are usually lots of shots, quite rightly, of the bride and the bridesmaids, but you don't often get memorable shots of the male side of the wedding shenanigans.

I'm not a photographer, although I have many friends who are, but I do know a bit about creating images that will work. I've run some photo-shoots for work purposes and had a clear idea of what I want the photos to end up looking like. Some photographers listen to you and some don't. Fortunately Matt had booked the former type - when I explained what I wanted, he knew exactly what I meant. (Personally, after working with many photographers, I would say that what sets the real pros apart from the rest, but that's just my opinion.)

Anyway, as I explained to the photographer, I wanted something reminiscent of this - probably one of the most iconic (if not the iconic) movie posters of the 1990s.

That image of a group of suited and booted guys on their way to complete a job. (but perhaps looking a bit happier.)

(Amusingly, one of the groomsmen, Lauren's littlest brother, had no idea what we were talking about as Reservoir Dogs came out about ten years before he was born. Which didn't make me feel old at all...)

Anyway, it took a few shots, but we got there in the end. 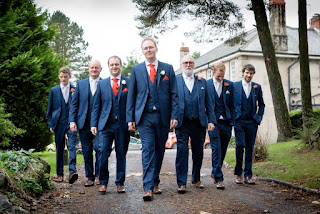 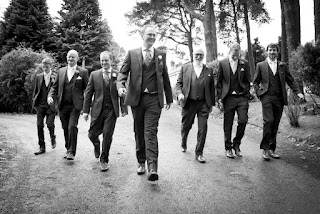 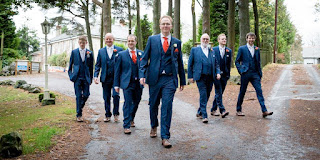