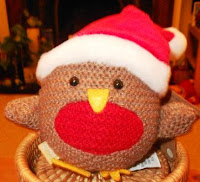 No preamble. I'm just going to jump right in...

Total number of cards: 103 (up from 91 in 2014 and arresting a 3 year decline)
Hand-made / home-produced cards:  7 (same as 2014)
Cards with detachable tree decorations: 1 (also same as 2014)
Cards sold in aid of charity (or fundraising): 60 (up from 47 in 2014)
Total number of charities represented: 39 (It was 40 in 2014)
Main charity represented: British Heart Foundation (9 cards)
The top performers: BHF (9), Diabetes UK (8), Traidcraft etc. (7), Macmillan (5), Leprosy Mission and Sue Ryder (both 4), Cancer Research UK and Fareshare (both 3).
Marks and Spencer cards: 7 (these promote the Woodland Trust but aren't 'charity' - one did also raise funds for good causes)
Notable newcomer: had not heard of Perennial, which looks after destitute horticulturalists (no really) or the Roald Dahl's Marvelous Children's Charity before
'Political' fund-raising cards: 0
Themes
Religious-themed cards: 45 (massive increase from 27 in 2014)
In a crossover category correlation, 31 of the religious cards were also raising money for charities.
Cards featuring the Nativity: 22
Christmas story 'characters':
Three kings: 11 (very popular compared to previous years)
The shepherds: 0 (no one liked the Shepherds this year)
The star of Bethlehem: 3
*Angels: 5 (new category)
There were also 2 cards with the cover message of "Joy to the World" and quite a few with lyrics from carols on.
Other themes
'Peace': 1
Santa: 14 (up from 7 in 2014)
Penguins: 1
Various cartoon bears: 1 (Well down from the all time high of 12 in 2012)
Dogs in Santa Hats: 2! (There were 3 dog-centered cards in total, with 2 depicting a dog in control of some kind of transport)
Deer/reindeer: 1
Christmas decorations: 1
Christmas trees: 5
*Christmas food: 2 (new category)
Robins: 3
Mistletoe: 1
Winter scene/scenery: 7 (down from 14 in 2014, but even so this was most glitter-heavy category)
Snowmen: 5
Owls: 1
It seems Like Santa was the big winner in the non-religious category. I guess if we were getting pedantic, we could say he is St Nicholas really and class him as religious. But then he's also a shill for Coca-Cola, so maybe not.
Messages
Cards that mention 'Christmas' on the front: 34 (almost the same as the 2014 total of 33). Only 2 of the 34 were religious themed. Cards seem to be either about the religious origins of the festival or explicitly say 'Christmas' but very rarely have both. I've noted before how this is kind of weird.

So, that's it. I'm going to scan some of my favourite Christmas cards and post them for your enjoyment later.