This is my final monthly round up for 2021 and my final blog post for the year, taking me up to an annual total of 92 posts.

December for us is dominated by Christmas. We wrote about 120 Christmas cards. Cathy took a picture of me posting a load of them outside our local post office, where the postbox has been decorated by someone with excellent crocheting skills! 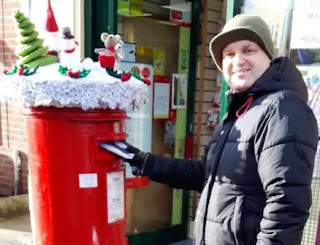 There will be a series of posts in January about the 2021 Annual Christmas Card Audit. As cards have arrived, it's been fun seeing who has been trying to get a mention in the ACCA this year!
On the first weekend in December we put up the Christmas tree and decorations. (You can see some of them here.) We also had five advent calendars this year. Last year we didn't bother with the Lego Star Wars one, but this year we did, mainly to get the Christmassy version of the Child star of The Mandalorian, Grogu. 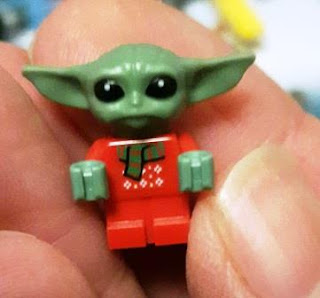 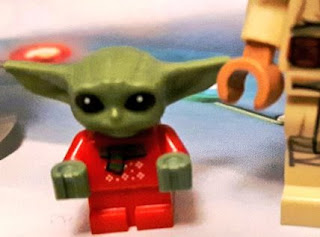 Life has gone on inbetween all the Christmassy stuff. I had an appointment to go and get my booster jab. This time it was in Splott instead of the big centre in the old Toys R Us building. 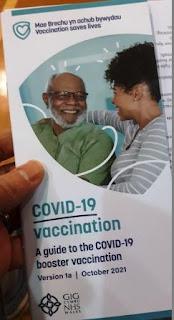 There were signs up when I went in saying they were offering the Moderna vaccination, but the leaflet used the brand name, Spikevax. I asked the lady doing the jabs why they weren't using the brand name and was told "because it sounds like something you'd make up!" Technically, all brand names are 'made up', I suppose, but I know what she meant. It's a really silly sounding brand name.
Being boosterised means I should be protected against the omicron variant of the Sar-Cov2 coronavirus. However, as we have been seeing people, we have been doing lateral flow tests to make sure we haven't picked it up anywhere. It occurred to me as I binned yet another baggie of used tests and swabs that there is going to be a 'covid layer' in the landfill sites excavated by future archeologists that will help them accurately date the rubbish they are sifting through.
I had an early surprise present off Cathy when she bought me a box of Captain Crunch cereal. It's the proper American stuff complete with neon bits and that wonderful artificial "fruit" scent that comes with it. 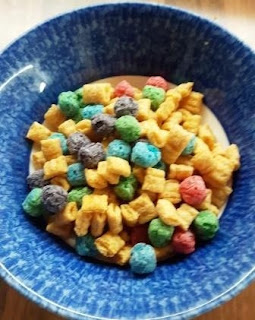 At the start of Christmas week, the Welsh Government announced a ban on spectators at sporting events. The FAW responded by putting football on hiatus until January. At that point, I had only been to one game in December, because of other commitments and Barry Town having to postpone a game. However, that one game, which was between Caerau Ely and Cardiff Draconians, was a landmark game on my Futbology App. 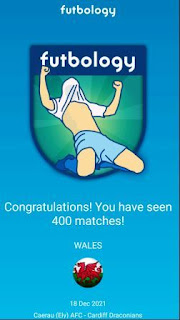 I was in work right up to Christmas Eve, then Cathy and I had a quiet Christmas Day. Two days later we went up to Shrewsbury and had some days with family before heading home to ring in the New Year. While in Shrewsbury I went to a football match at the Meadow for the first time since March 2020. It was an evening game that ended in a 0-0 draw, but it was so good to be back there! Here is a photo of the team warming up. 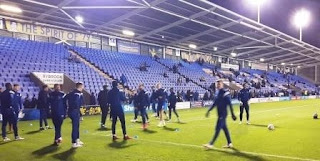 I haven't been to many evening games at the Meadow. It always feels a bit special. That was my final game of the year, giving me the following totals on Futbology. 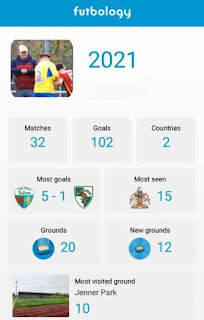 This also doubles as a summary of my season so far as I didn't see any games before July. I'm quite pleased that I've been to a dozen new grounds.

On the way home from Shrewsbury we stopped and called in at the Hereford Model Centre. I bought myself a present with some Christmas money. This will be the subject of at least one future blog post! 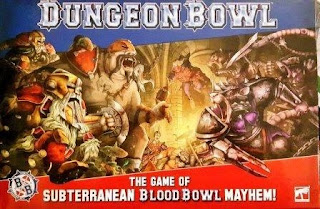 And if the thought of reading about Dungeon Bowl in the New Year doesn't fill you with excitement, then how about this reminder of the next holy holiday that I spotted in a Co-op in Shrewsbury? 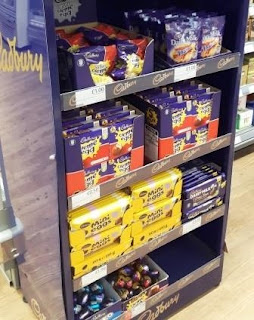