It occurred to me the other day as I watched a small bit of Farscape on one of the outlying satellite channels that long coats seem a popular choice in outer space.

This is possibly because they swish behind you a bit like a cape without being as obviously dorky as a cape. In several deep-space adventures capes are only work by bad guys, so there’s that to contend with as well.

So, where did this all start? Thinking about it, Han Solo wears a long coat when he leads the rebel strike team on Endor. Admittedly this is a badly-fitting semi-camo trench-coat that looks like it was bought in a mall somewhere, but it’s the first long coat worn by a sci-fi hero that I can think of. 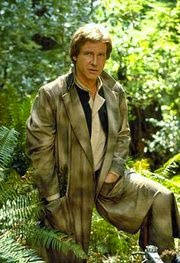 No one else in the team wears a coat like Han’s. He seems to favour his own gear over military issue. He does the same thing on Hoth, wearing a blue parka, while Luke wears the same uniform as all the other rebels. On Endor, Leia and Luke are dressed like the rest of the team. Han obviously feels the need to be flashy and different, by wearing his own ‘Big Easy’ style trench-coat.

Moving on to the 90s and we have John Crichton, the main lead in Farscape, sporting a black leather coat that in the context of the show is part of a Peacekeeper uniform. Several of the Peacekeepers wear coats like this as well, so the long coat is well established in the series as something worn by heroes and villains. 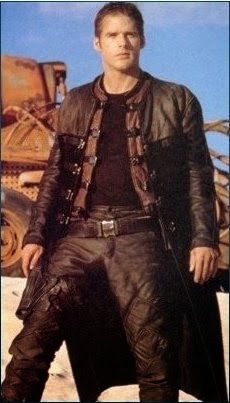 John isn’t a Peacekeeper; he is a lost Earthman on a living spaceship surrounded by hostile aliens, some of whom become less hostile and eventually become his friends. I don’t know when in his adventures John started wearing this coat, but he looks good in it and that’s the main thing.

Moving on a few years to the early noughties and we have Firefly, a short-lived show that has gained a cult following (I love it to bits). The coat worn by ships’ captain / smuggler / former soldier Malcolm Reynolds is greatly significant – it’s a ‘Browncoat’, part of the uniform of the defeated separatist forces that Mal fought for. 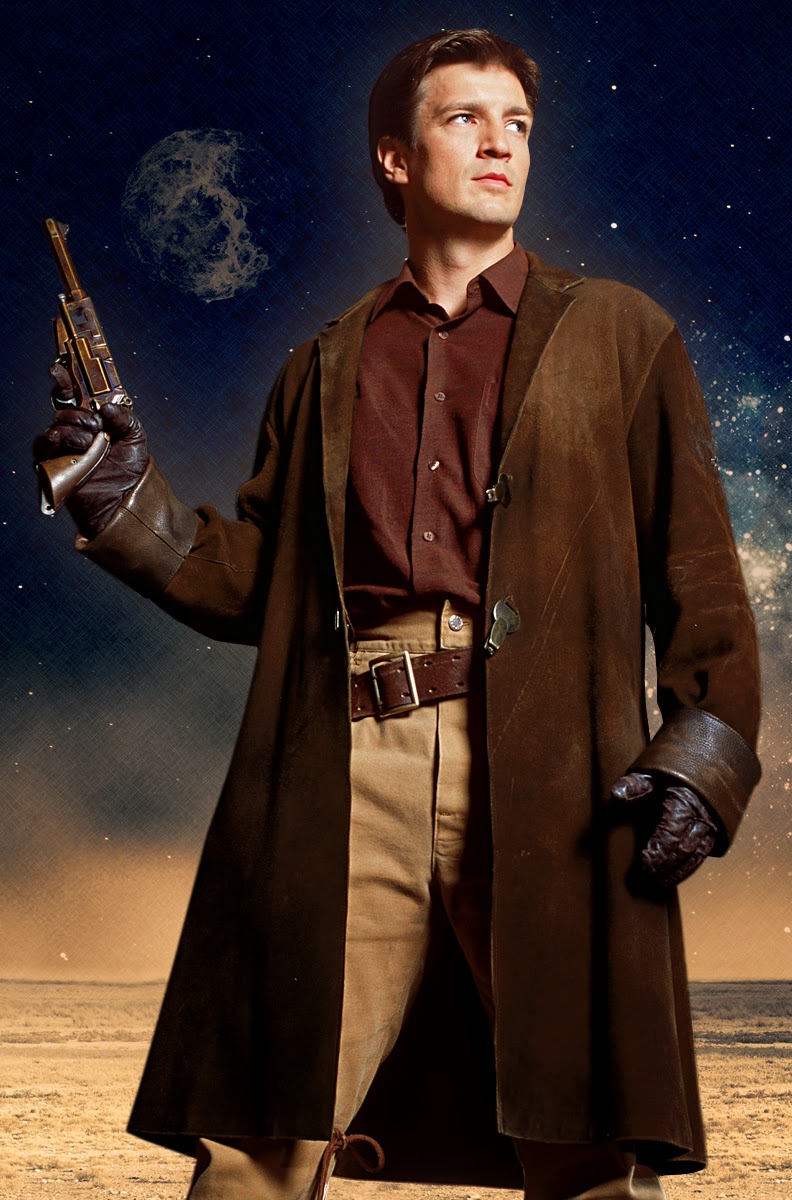 Wearing the Browncoat is Mal’s sartorial declaration that the war may be over but he has not surrendered. The term Browncoat is part of the fan’s lectionary. Rarely has an item of clothing been so important to the functional make-up of a character, or a whole series.

And to bring this bang up to date, we have Star-Lord in Guardians of the Galaxy. Star-Lord has two really neat coats in the film: A long coat, worn in the bombastic opening sequence, and a neat short red leather jacket worn at other times. 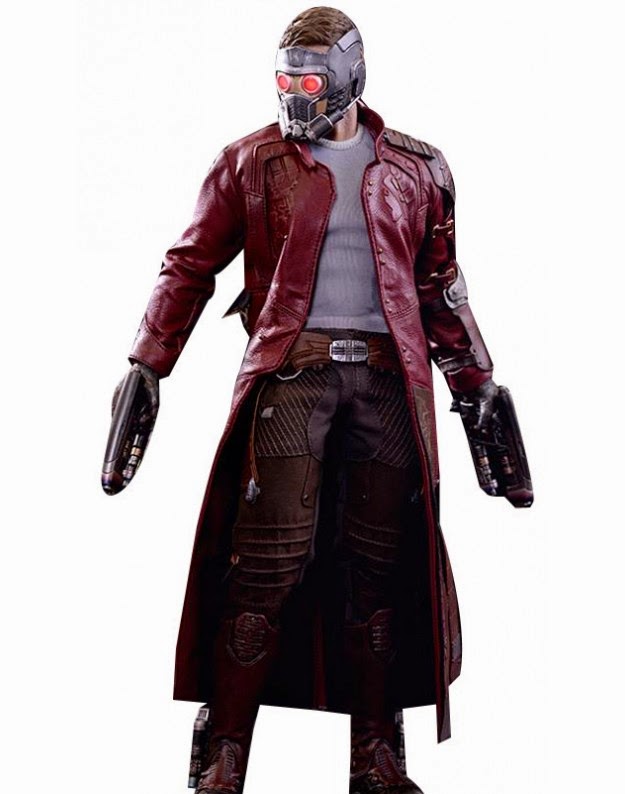 Star-Lord’s long coat accentuates his swagger as he attempts to rob an abandoned bank vault at the beginning of the film. It’s a scene that defines the character – unafraid, resourceful, tricksy and fun. The coat helps greatly in the introduction to him.

Looking over the long-coat-wearing characters here, there are some major similarities between them. They are all fiercely independent. They all operate outside the law, while still being relatively moral in their actions. They have an internal code they live up to. They are brave, willing to take risks for a long-shot at rewards. They don’t take crap from anyone. They are handy in a fight, but would prefer to smart-talk their way out of trouble. They inspire loyalty in their followers or crew.

And they all wear long coats.

It’s something I’m going to bear in mind when I next go coat-shopping.
Posted by Jongudmund at 07:30