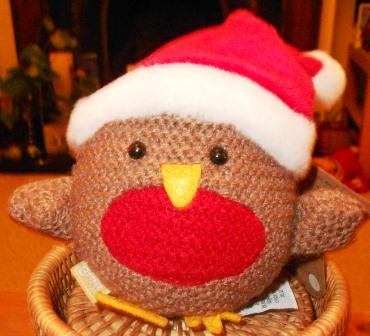 This is the third year I've done this (see 2013 and 2012), so I'm beginning to get observable trends. This year the big thing I noticed is that yet again religious-themed cards rarely featured the word Christmas. Small things that stuck out included a fund-raising card for a political cause (the Countryside Alliance), the emergence of Owls as a theme, and the return of dogs in Santa hats.

New categories are marked with an asterisk And here are the numbers...

Conclusions and trends
Despite fewer cards received, many of the categories stayed pretty constant. The big change was the number of cards featuring winter scenes and scenery. They ranged from country churches covered in snow, through to the cute dog character Boofle, out sledging. I was very pleased to see a return in the Dogs wearing Santa Hats category, as I feel it captures the essence of Christmas. Although the overall total was down, the number of cards we received that raised funds for charity went up and percentage wise the balance towards fund-raising cards was much higher.What nice people we know!

Once I've done this for 2015 I will have four years worth of data and by then I can start creating graphs and stuff. So roll on January 2016!
Posted by Jongudmund at 20:47