When you are your own citation

Three years ago I wrote about the difficulty I had finding a source for a quote by Aneurin Bevan. On and off I've kept trying to find the source, especially when it pops up on Twitter like it did tonight. 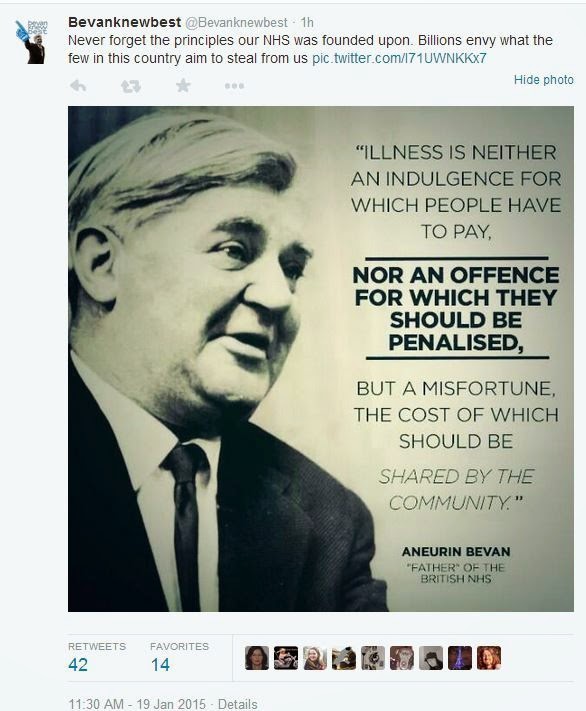 So, I asked for the source of the quote and had a surreal sensation when someone replied citing my blog post from 2011. That's the blog post which basically says there is no known source and the person who used the quote at the event where I heard it the first time doesn't know where it is from. 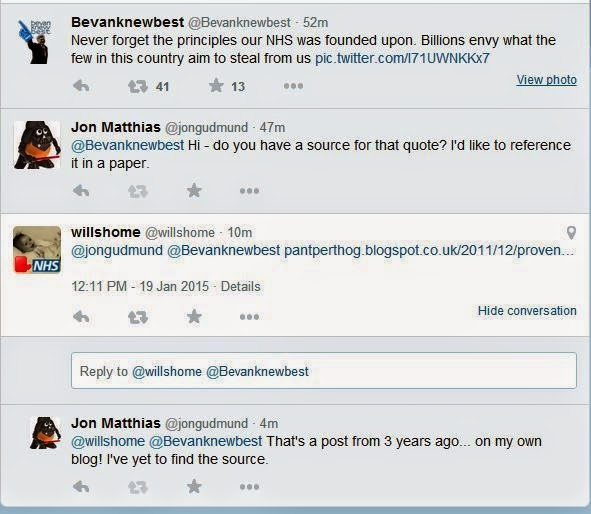 I'm fully expecting the next response to be a link to the white paper where I was forced to fudge the authenticity issue that led to my original blog post.

If anyone does know where that quote is from, I would love to know.
Posted by Jongudmund at 20:43