I know that, technically, a staycation is when you stay in your own house, but surely staying with family for a holiday week is close enough. This was the first time we had stayed with my brother and sister-in-law since they had doubled their children from two to four. Our eldest niece very kindly surrendered her room for us to sleep in. Meanwhile, my sister and her three kids were staying next door in my mum's house, so we had six adults and seven kids roaming around for the week. We needed activities!

There are things to do in Shropshire, but it was only at the end of the week it dawned on me that our big days out were all either in Cheshire or Wales.

We started the week on the Monday at Chester Zoo. One reason for the trip is because back in January we adopted an Orangutan for my Mum for her birthday. So we went to see the Orangutans and some of the other animals. It was blisteringly hot and most of the animals were being sensible and sheltering in whatever shade they could find.

But the rhinos weren't bothered by the heat. 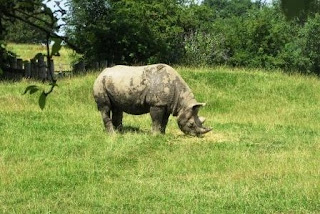 One of the tapirs was cooling off in the pool. 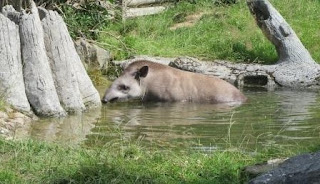 Meanwhile the aardvarks were sleeping off a big night in their little house. I found the way this one had his paws in the air really endearing. It was difficult getting a photo through the glass though. 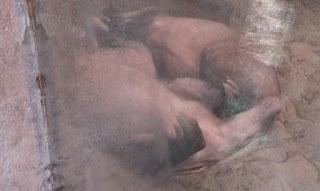 We also got very close to the pack of painted dogs, which thrilled eldest nephew because they are his favourite animal. He's just on the edge of this photo drinking in the sight of these amazing predators. 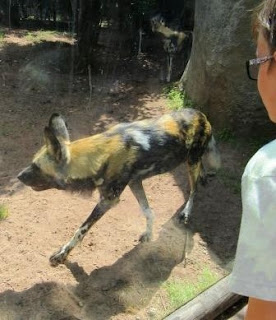 The next day we headed to Llanfair Caereinion to take the narrow gauge train back to Welshpool on the Welshpool & Llanfair Light Railway. We were two members down as second-eldest niece had been admitted to hospital with rapid onset ear pain (which was thankfully resolved later that day!) and my sister naturally was with her rather than jaunting off to Powys with us.

I thought we had booked the train pulled by a steam loco, but instead we had a diesel hauling the train. However, even diesels have a backstory. This loco was built in Germany for the Taiwan Sugar Corporation, was used on sugar plantations in Taiwan for 25 years and now is pulling tourist trains in mid-Wales. 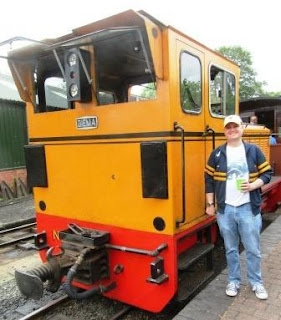 Our huge party was allocated to the rear coach, which was of a continental design with end balconies. That meant we could ride outside, which was great fun. 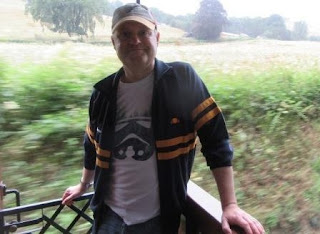 We did get to see a steam loco as we passed the train hauled by the Austrian loco, Zillertal, with its typically European smokestack. This loco was originally built in 1900 and is still going strong, over 120 years later! 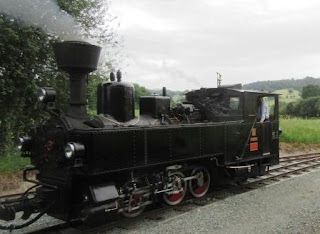 We had a day off from day trips mid-week. On the Thursday we all got back in the cars and headed back to Cheshire to the Blue Planet Aquarium.

I think I probably enjoyed it more than the kids. I especially loved the shark tunnels where you can get up close to the fish... 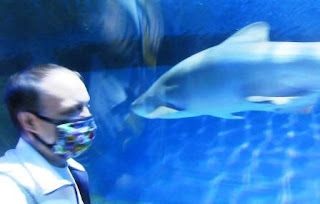 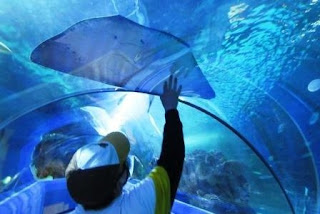 ... and just watch the sharks float serenely by. 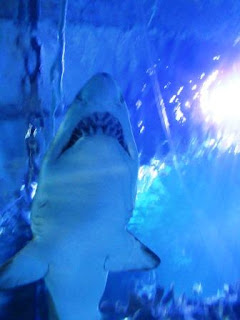 Then for our last day out of the holiday we went back to Wales and I ticked something off my bucket list. I had never gone across the Pontcysyllte Aqueduct before, but now I have.

We travelled across aboard a narrowboat named after Thomas Telford, the man responsible for the aqueduct. 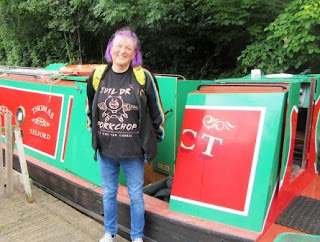 It's still a hugely impressive feat of engineering as you soar over the trees and river Dee. 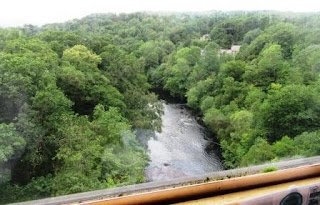 Pontcysyllte is a World Heritage Site and reminded me of my school history classes about the industrial revolution. The canals opened up Britain and were the pre-eminent technology of a generation, until railways came along and basically put canals out of business.

And that was the last big day out on our Salopian Staycation, where, ironically, we didn't stay in Salop.