Have people been blogging about the way life has changed because the world is in the middle of a pandemic? I feel I ought to mark it somehow on my blog given that it's so important at the moment and it has been going on so long.

The last football match I went to before lockdown was a painful 2-3 home defeat for Shrewsbury against Oxford United, Shrewsbury were cruising 2-0 up in the first 25 minutes until the referee intervened and decided to send a Shrewsbury player off when he was the player who was fouled. Oxford eventually won it a couple of minutes before full time. It was a nonsense decision that ruined my afternoon. If I'd known it would be my last football match for two months, and possibly the season, maybe I would have savoured it more.

That was also the last weekend I was in Shrewsbury. I haven't seen my Mum since then. It's felt weird because we spent a lot of time with her in the autumn and spring trying to help her get the house sorted and ready to sell. And then suddenly, two months of not travelling up to Shrewsbury at all.

So, stuck in the house. There's lots to do. I'd like to say the house is spick and span now, but it's not. I saw a funny meme with a person saying "I always said I didn't have enough time to do the housework. Now I know that's not true." Yep, that resonated.

So, what have I been doing? Well. Quite a bit actually.

I bought the Blood Bowl game in 2017. Three years later I've finally got round to painting some of the figures. It only took a global pandemic. These are the skaven team of man-sized rats (plus an ogre). (And, yes, they are wearing blue and yellow.) 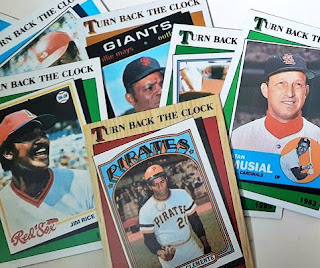 Not really essential purchases but people in the collecting Facebook groups I belong to have been having clear outs. And eBay is still going strong. I'm scanning my Tony Gwynn cards for a standalone blog project that I've wanted to do for ages. Now I have time... 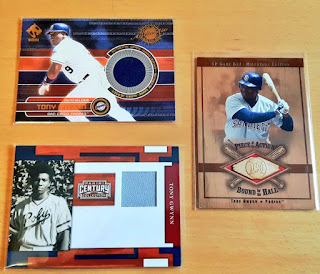 Tinkering with a Lego train station. 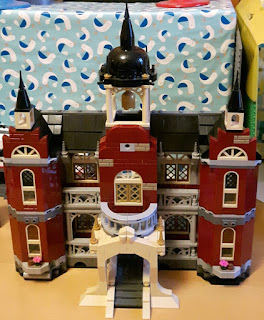 This is just a slightly modified set that I bought in a Tesco sale after Christmas. It's going to be the frontage of a station. I needed to rebuild the set to take out the 'play functions' and make it more robust. The front is now reasonable. Just the booking office, waiting rooms, concession stands, platforms and track to go... as you can see from this view of the back! 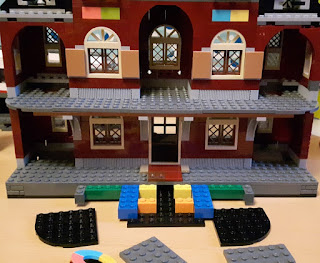 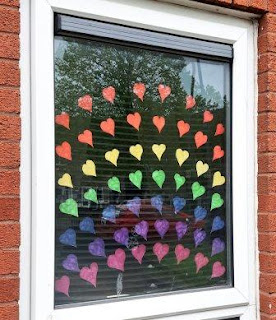 This is a big thing at the moment. People are drawing rainbows and putting them in their windows. On my daily exercise (which is more like every other day) I have been walking around Grangetown taking photos of the rainbows in people's windows. I've been tweeting them too, and the Grangetown Community Blog has featured some of them. I keep finding new creative expressions and it really brings me joy when I go out walking.