We got 90 cards for Christmas 2016, which was a bit of a drop on the previous year. I've picked out 12 that I liked or that illustrate some of the new categories added to the audit.

Firstly, I separate out the religious and non-religious Christmas themes. To illustrate what counts as 'religious' here are three designs that all appealed to me.

Despite there being a large proportion of religious cards, very few cards mentioned Jesus by name. This one was one of only 3. 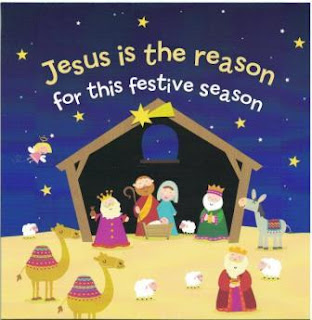 Technically that card should be classed as an Epiphany card rather than a Nativity card, as it features the Kings not the Shepherds. The Nativity comes in all shapes and sizes, but is best when small children play dress up. 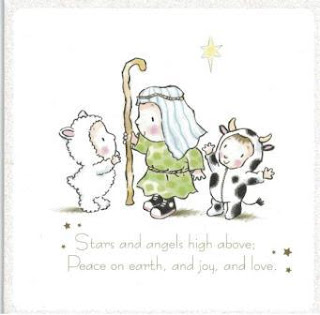 There are, however a plethora of other themes that 'look' Christmassy enough to go on a Christmas card. Penguins are often popular. This year, though, the sub-theme for penguins was 'penguin couples cards', like this one: 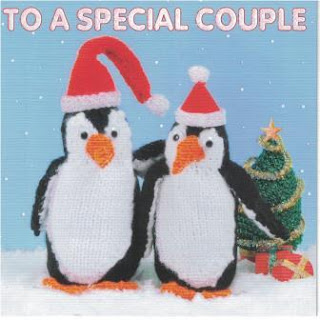 Charity cards are another aspect of the audit and we always have a high percentage of cards sold in aid of good causes. This year one of my favourite cards was raising funds for Ty Hafan. In terms of a design theme, this comes under 'Christmas food'. It particularly like that it is bespoke and has their logo on the design because a lot of charity cards are very generic. 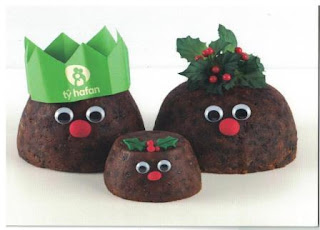 Every year we find new charities in the list. I think this year was the first year we had a card raising funds for The Donkey Sanctuary. It pleased me that it featured donkeys. 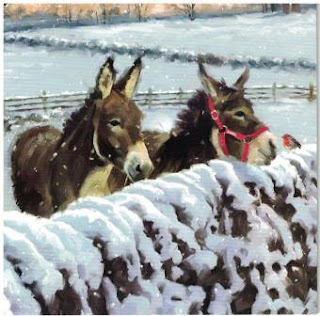 Other animals got a look in too. We didn't have any dogs in Santa hats this year, more's the pity. However we did have sheep in woolly hats instead. 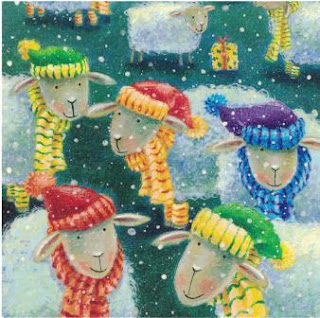 Bears are also always popular. They don't have to be polar bears, although I just couldn't resist this chappie in his Christmas jumper. 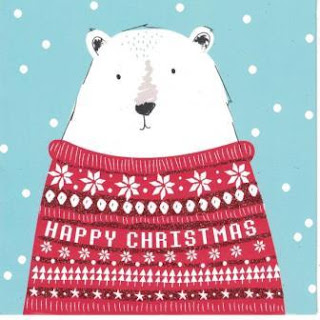 I mentioned in my post about the audit that one friend tried to find an unclassifiable card and failed. Special mention for him though, his name's Chris and the card he sent had a pun on it about a moose named Chris. Which I think could be a contender for most obscure category - puns involving the card sender's name. This got put into the deer / reindeer theme, which covers all antlered animals. 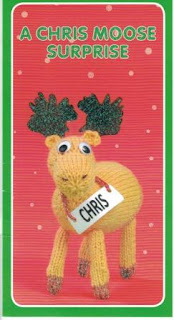 A new category this year was unusually shaped cards. The scan cut off the bottom of this mug of hot chocolate, but I liked it for the handle you could hold to make it look like you were holding a mug. 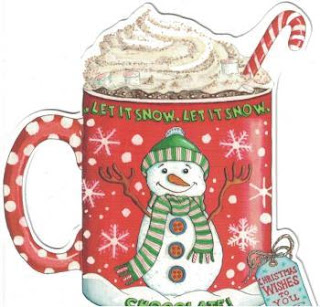 And finally, we had a new category this year of licensed characters on cards. First up we have Snoopy, playing the part of Santa with Woodstock getting in his way as he goes about his stocking-filler duties. 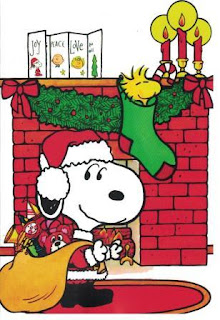 And, then there's this. I have no idea where my wife got it from but it's the best 'Husband' Christmas card ever. 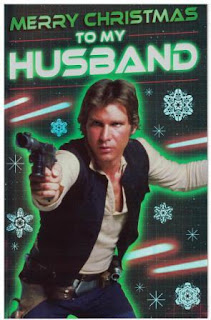