2016 was a bit of a rubbish year in lots of ways, but rather than mull over the increasingly terrible collective decisions the world seems to be making, or the long list of famous people who passed away last year, I have decided to focus on the good stuff. And for me there was a lot of good stuff. This post is about all the things I did for the very first time last year. A lot of this happened on our big holiday in pre-Trump North America, so I'm going to start there...

1) Went to Canada
There are loads of things I did for the first time in on our road trip to the USA and Canada, in terms of visiting places I'd not been to before (like Niagara Falls, or the Baseball Hall of Fame), but I'm going to lump all of those things in under this heading. 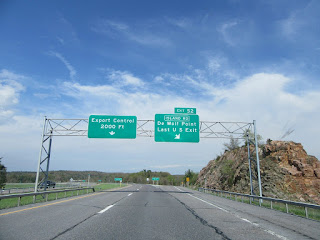 2) Ate fried pickles
Just one of the new culinary experiences of our road trip. We also ate at a Vegan Diner and on another occasion had poutine. But fried pickles were the new food of the year. 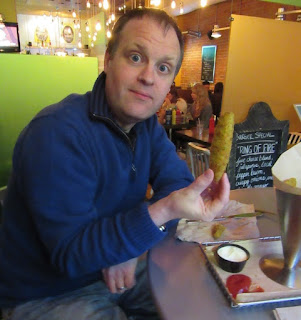 3) Went to a Baseball match on a giveaway night
'Star Wars night' made seeing the Boston Red Sox even more special. We also saw a baseball game in Toronto, with the Rodgers Stadium dome closed - the first time I'd ever seen baseball "indoors". 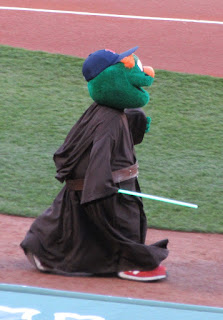 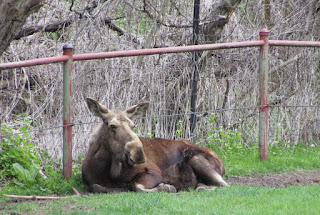 5) Checked into a hotel then checked straight back out again
The lowlight of our road trip was a disastrous hotel booking in Albany, New York. But it was a totally new experience for me.

So, enough about our road trip, here are some other things.

6) Saw Shrewsbury Town finally beat Cardiff City in Cardiff.
It had been a long time coming, but I was finally present (in one of Cardiff's record lowest crowds at their new stadium) to see Shrewsbury beat them.

7) Got on a plane unaccompanied
I went to a conference in Glasgow and flew there from Bristol. It was the first time I had ever travelled by plane on my own, having always had Cathy, or family, or colleagues with me on previous flights. 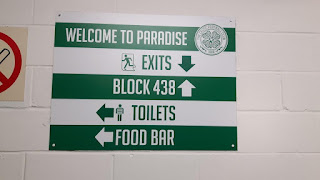 9) Went to Spain
Again, this was for a work conference. I took plenty of photos of Valencia by night. I loved it. 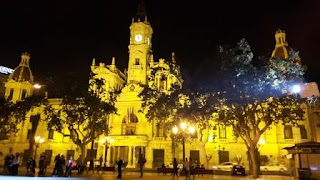 10) Rode through a bus wash
Seriously, this was one of the best things I did last year.

11) Going to a cartoon festival
I love cartoons and one of our favourite cartoonists was at the Shrewsbury Cartoon Festival, we decided we had to go. We met her again a few weeks later, in her studio in Massachusetts. 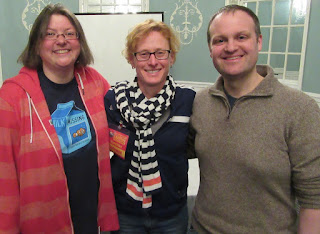