This has become an annual tradition for me. I'm a couple of weeks later this year as I had a big university project to sort in the first fortnight of January. But that's done, I have my life back and I'm back to counting Christmas cards and looking at trends. For the record, here are the figures for 2015, 2014, 2013 and 2012.

I will post some of my favourite cards later, but for now, this is one of the ones I liked the most! 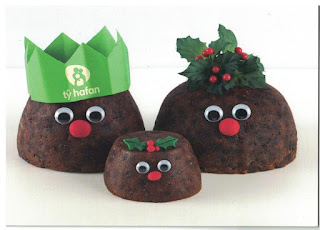 I haven't gone into as much depth as I did last year on the demographics of who sent what kind of card, or had a look at which Bible verse is considered the "most Christmassy" this year. That sort of thing is probably best done biannually, so keep an eye out in January 2018. Also, this audit has attracted some attention and at least one person deliberately tried to find the most uncategorisable card possible. And failed.

Here's the figures. New or altered categories are asterisked. I've listed categories that didn't feature this year at the end. UPDATED 29 JANUARY (as someone gave us a late card)

Cards sold in aid of charity (or fundraising): 55 (down from 60 in 2015)
Total number of charities represented: 48 (Up from 39 in 2015 and the second highest ever)
Main charity represented: Five charities had 5 cards - Macmillan, Traidcraft / SCIAF / CAFOD / Christian Aid, Sue Ryder
Notable newcomer: Donkey Sanctuary, with pictures of donkeys on the front of course!

Religious themes
Religious-themed cards: 34 (bit of a drop from 2015)
Cards featuring the Nativity: 17
Christmas story 'characters':
Three kings: 5 (not as popular as last year but still much more popular than the shepherds)
The shepherds: 1 (scored 0 in 2015, so this was a big improvement)
The star of Bethlehem: 2
Angels: 1
"Joy to the World": 1
*'Cartoony' religious (various themes): 6

No real clear favourite themes here, but Christmas trees were surprisingly popular. After the epic collection of Dogs in Santa Hats in 2015 (see pics!), there were none this year.

Back in January 2015 (when I wrote the 2014 audit results) I said I would start producing graphs and stuff in January 2016, when I had 4 years worth of results. Although I did some demographic data-crunching, I didn't do any graphs. If I have time I will try and get to it in the next couple of weeks.