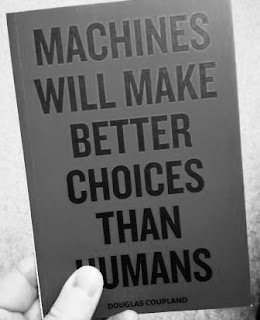 In his very small book Machines Will Make Better Choices Than Humans, Douglas Coupland coins the word “smupidity”.  It’s a combination of smart and stupid.

He describes it thus:

“...people are generally far more aware than they ever were of all the information they don’t know. The weight of this fact overshadows huge advances made in knowledge accumulation and pattern-recognition skills honed by online searching.”

I have found that helpful when considering how people seem to leap into misinformation and obviously bogus conspiracy theories so readily. What the hard right misinformation channels and conspiracists offer is often a bizarrely simplistic world view underneath the complicated layers of untruth.

When people try and assign conspiratorial meaning into something unknown and frightening, like a worldwide pandemic, it’s their way of trying to assert control over a situation. 'Alternative facts' give the illusion of power. It’s smupidity, but it helps alleviate the weight of the unknown.