The Christmas Card Audit has been thrown into chaos with the arrival of a card yesterday, after publication, with important results-altering artwork. I will update that post shortly while bearing Cathy's admonishment that "I told you that you published it too early!"

Meanwhile here are some cards that arrived in time to be counted first time round.

I know some people send us cards just to see if they can get a mention in the Annual Christmas Card Audit blogpost. Talk about observation changing the system being observed! (That's a real known scientific principle, folks) Even more competitive are the people who go out of their way to pick cards they want to get featured in my eclectic selection blog post that follows the ACCA, when I scan the cards I want to mention, or liked the most. Some people even write in the card that they are doing this. It amuses me.

We've got some really cool cards here, and a few random ones. To kick off, this year I kept a note of "animals" cards that weren't deer, sheep, robins, penguins, bears, donkeys, llamas, dogs in Santa hats, or hares posing in the light of the moon. You'd think there wouldn't be many animals left. Well, I adored this hand-drawn piggy in a Santa hat. 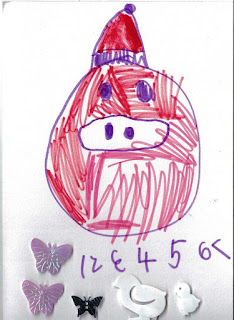 The numbers are meant to be a countdown to Christmas, I think. Anyway, I thought he was great, and I'm including it here even though Anna only addressed the card to Cathee [sic].

Another animal, and this was a first for us, was a Christmassy narwhal. 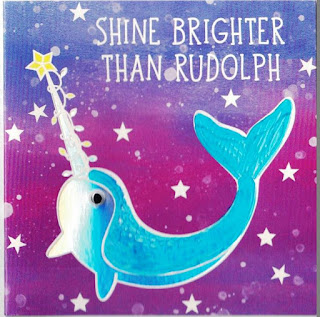 What's Christmassy about a narwhal? Well there is that carol, isn't there? You know the one I mean! The First Narwhal! (Grooooaaaaaaannnnnn.)  I also liked this card because he has a googly eye. You can't beat googly eyes.

Cathy and I both gave each other cards featuring animals celebrating Christmas. See if you can guess who gave who these. 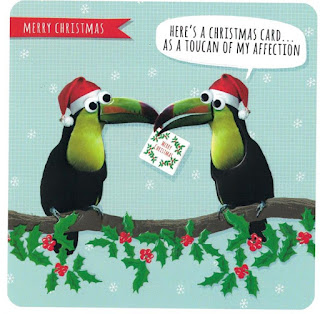 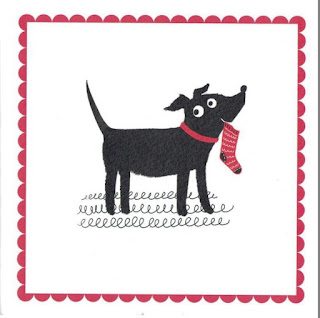 Deer or reindeer have their own category in the ACCA every year because there are so many of them. But this was new, and also won the 'Most Scientifically Accurate and Educational' category. 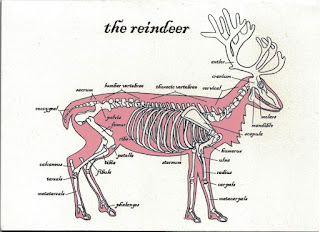 Cathy's cousin Adam blessed us with that. At first I thought it was showing us cuts of meat off a reindeer, so I was a bit relieved to see it was "just" the skeleton.

Speaking of scientifically accurate cards, this rainbow is slightly colour deficient. However I did really like it. I think "Yay! Christmas!" is probably the best wording on a Christmas card yet. 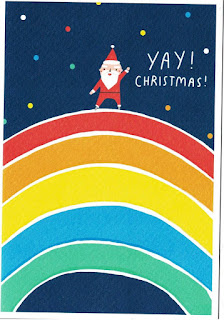 Santa wasn't very popular among the cards we received this year, but I quite liked this glittery card of Santa (or several Santas) learning to ice skate. The one bottom right is saying "I've fallen, and can't get up." 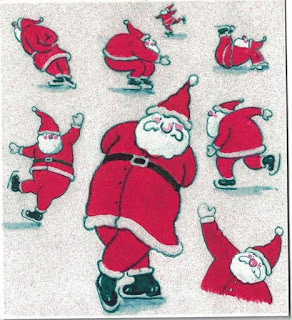 Time for the obligatory religious card in this selection. It is sometimes a struggle to find one worth including because they are often so boring. Cathy noted this year they almost all seemed to be exclusively in a blue palette. However, there was one that stood out, that was handmade by our friend Ailsa. It's a kind of batik and shows the magi following the star. 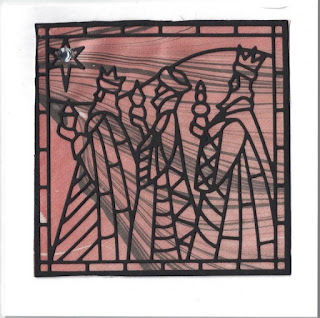 Another Christmas tradition is the special Christmas song. Terrorvision released a belter of a Christmas song this year and when Cathy bought the download, the band sent her a Christmas card as part of the deal. Had to include it here! 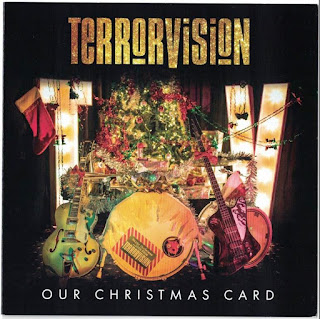 One person who made it very clear they were aiming for the blog post when she gave us this card was my sister in law, Abby. To be fair, this was an excellent card as she knows how much I love the Statue of Liberty. I thought this was very cute, so there you go, Abs, if you're reading this, you made it! 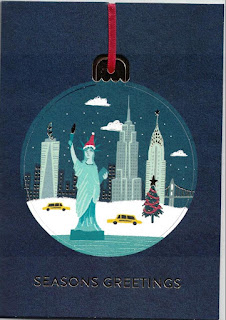 And finally, we have always had an ACCA category of "Christmas Food". Usually, it's puddings or mince pies, but this year it was exclusively sprouts. First off, we have Chris's effort which he claims he picked to try and get sprouts as a category in the ACCA. It was also slightly vulgar and the first card I've ever had that wished me a "Merry Fartmas". The sprout in the middle is on a small spring for that 3D effect which doesn't scan very well. 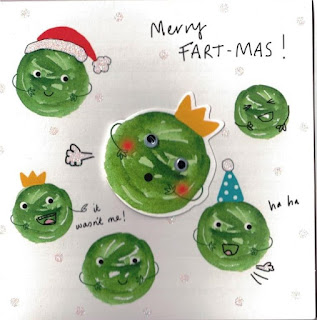 And then, the card that ticked the most boxes this year. Terrible pun - check. Personalisation - check. Welsh greeting - check (the only Welsh card in the ACCA this year). And it's the other sprout card, this time from our friends Sara and Leanne. 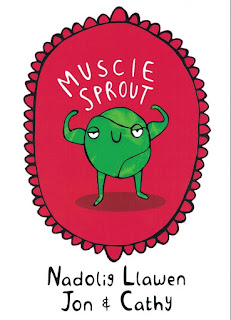 And that's the dozen for 2019! Thank you so much to everyone who sent us cards and newsletters this year!
Posted by Jongudmund at 18:37