Best of the Rest of Belfast part 2

After a few hours sleep (mainly because my brain decided I wanted to wake up at 6am), it was time for day 2 of my flying visit to Belfast. I was meeting up with my friends Bryan and Elaine, but first I posed for a selfie with a fish. 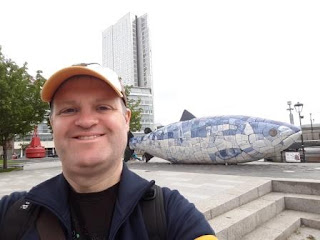 Technically, he's The Salmon of Knowledge, but everyone just calls him the Big Blue Fish. 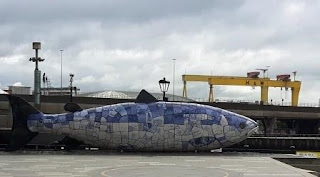 Those big yellow gantry cranes in the background are part of the shipyard and are called Samson and Goliath. They are also Belfast icons.

Bryan and Elaine took me to Titanic Belfast, a museum attraction as grand on the inside as on the outside. 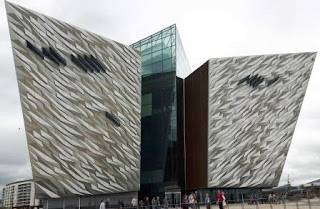 Outside, the outline of the Titanic and Olympic are marked out in a park area around the actual ramps the ships were launched from. 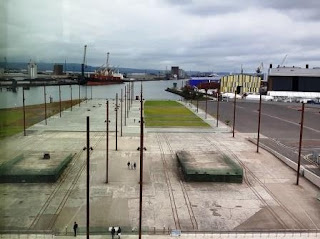 The exhibit covers everything, from the building... 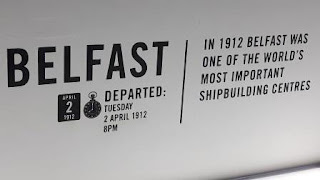 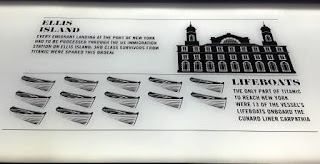 The tragedy is covered in a very respectful and thought-provoking way. I found it quite moving reading the stories of those who died.

The park outside is also a memorial garden. Walking the length of it makes you realise how massive these ships were. 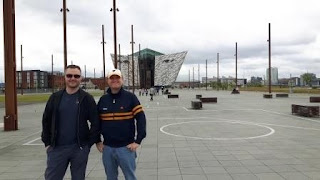 Next to Titianic Belfast is the SS Nomadic, which was the ship used to ferry passengers to an from liners at the port of Cherbourg. It carried passengers onto the Titanic for the Atlantic crossing. 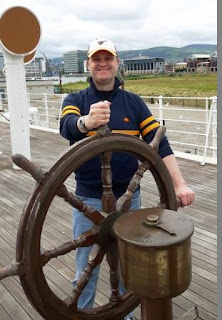 It also gives you another good view of the Titanic Belfast building. 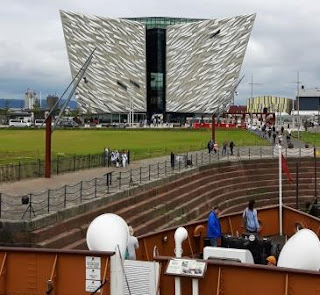 For lunch we went to an "Honesty Cafe" called The Dock Cafe. You pay what you can, or what you feel it was worth, for your food. It had a lovely ambiance. 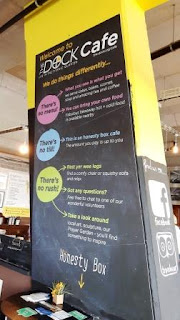 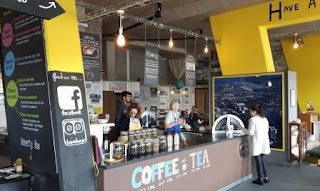 There's also an art installation of the Titanic done like an Airfix kit. I thought it was quite cool. 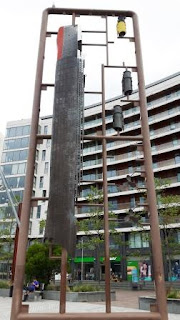 Bryan and Elaine know me well enough to take me to a shop that sells Lego. It also had a lot of large scale sculptures, including this massive one of Clone Wars era Yoda. 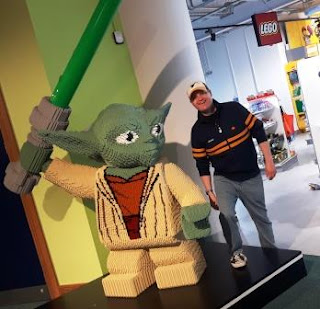 We then drove along the coast to Carrickfergus. This is where Elaine grew up, and centuries beforehand, it was where William of Orange landed to fight the supporters of his predecessor, King James. "King Billy" has a statue, which is apparently life-size, in which case he was quite short. 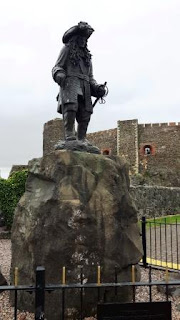 His statue is right next to Carrickfergus Castle, which is a proper battle-worn fortress. 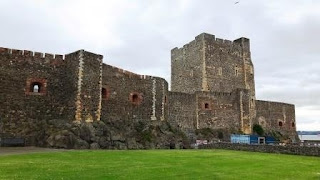 After a very full day (and a meal overlooking Carrickfergus Harbour), I was dropped back at the airport. I'd managed to cram a huge amount into 2 days. A big thank you to Bryan and Elaine for giving me a grand day out.