A dozen Christmas Cards from the ACCA '17

There seems to be some competition among people who send us Christmas cards as to who gets their card featured on the blog. One or two people have asked me about it. So, in the spirit of competition, I've picked 12 out of the 90 we received to showcase in this year's ACCA supplementary post.

First up, as regular ACCA readers will know, I audit the number of religious and secular themed cards that we get. Most of the religious ones this year were a bit dull, but I really liked this one produced by Oxfam. I'm a little concerned about the blonde Aryan baby Jesus, but overall it's a really nice card. 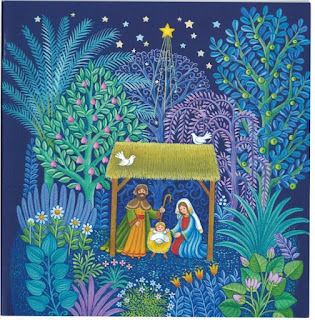 I like robins in real life and as a Christmas card theme. This card also had glitter, which is a card feature I started counting this year for the first time. 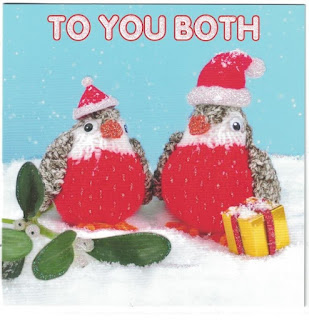 It's not quite a robin, but I thought this was a charming Christmas cockatoo, on the card from my Australian cousin, Trefor. 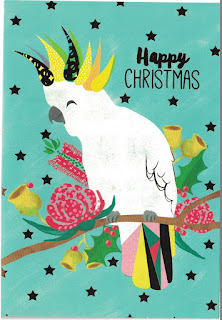 The other birds to feature heavily on Christmas cards are, of course, penguins. We have had a lot of penguin cards over the years and they did well as a theme this year. Cathy really liked the funky penguins on this card, and I have to agree with her. 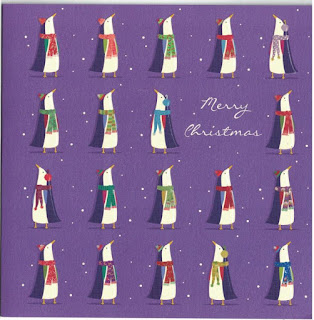 But how about penguins commandeering a bus to go Christmas shopping? Sounds like an awesome concept, doesn't it? I really liked it. 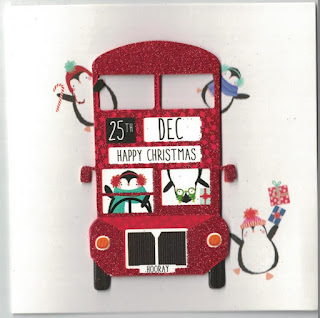 Several schools produce Christmas cards as a fundraising scheme, featuring artwork from kids. My friend Sarah's daughter drew this tree, which was also the only card to wish us Happy Christmas in Welsh. Christmas trees were one of the most popular themes. 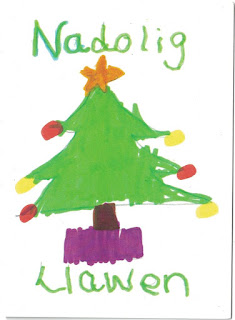 Snowmen are also a well-performing theme, as you would perhaps expect. I liked this card from my sort-of-cousin, Sue, as she keeps chickens and so the card was very apt. 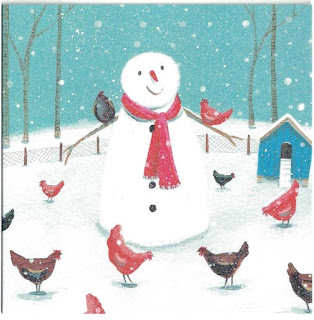 One of the themes that again was sadly lacking was 'dogs in Santa hats'. However, like last year, we had a card with behatted sheep to make up for it. Also featuring a pun! 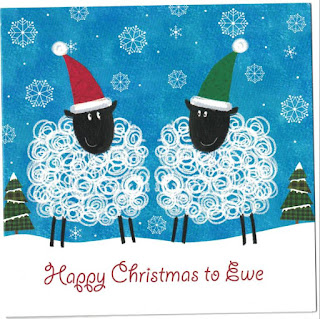 'Christmas food' is an odd category and I've thought about dropping it. However, last year we had the really great puddings card and this year a cheery, cheeky walnut. 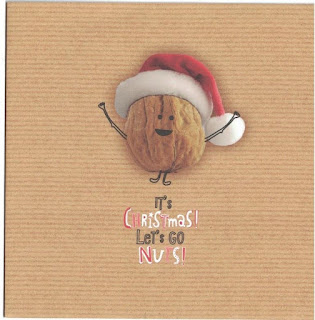 Keeping on the theme of nuts, Cathy gave me a card covered in squirrels and with a pun(!) on it. I love puns. 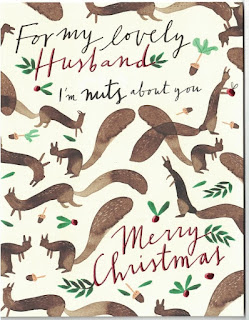 These days, it's not the festive season without the release of a Star Wars film. I liked this Star Wars theme Christmas jumper mash up card. 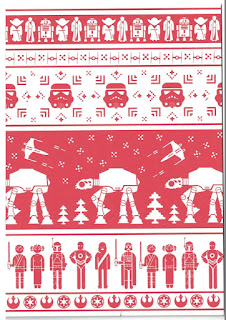 But I have saved the best until last. The moment I opened this card, I knew it was going to be my favourite card of the year. Surprisingly, it also got counted in the religious side of the audit. It's one of the very few cards to actually mention Jesus, and it was sent to us by Cathy's cousin Adam and his wife, Bonny. (I'm not sure if naming them is giving credit or blame, to be honest.) 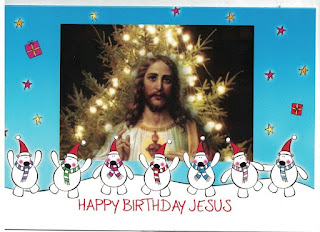