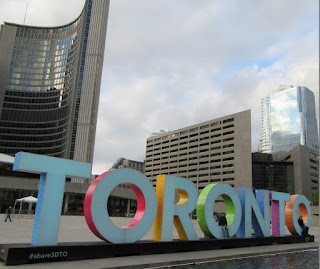 We stayed just around the corner from the Hockey Hall of Fame. 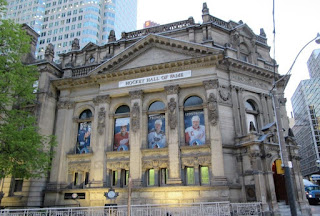 And a couple of blocks from the CN Tower. 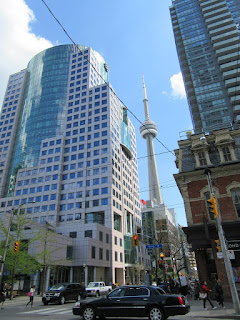 When you get close you realise just how tall it is. 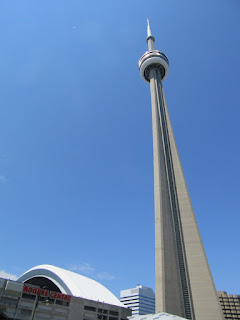 At the Tower's base, there's a railway museum. 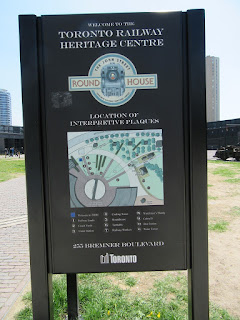 Cathy posed with a caboose. 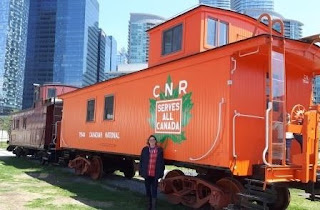 You can see the whole city from the top of the tower. 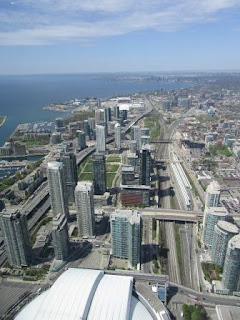 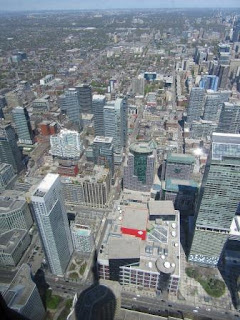 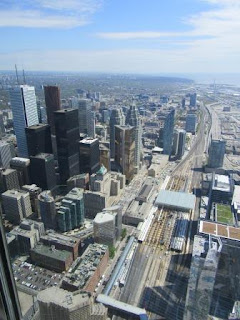 Next to the CN Tower is the Rodgers Stadium where the Blue Jays play. We went to see a game one night and they had the dome closed. First time we had seen indoor baseball. 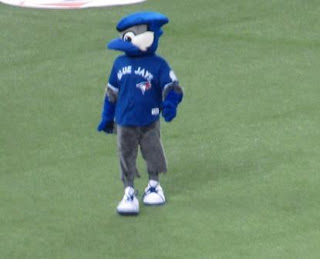 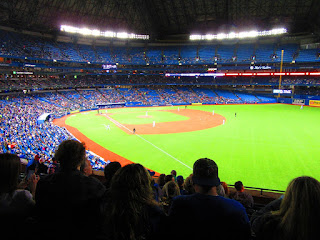 There's loads to see back on the ground. I particularly liked the Freedom Arches. 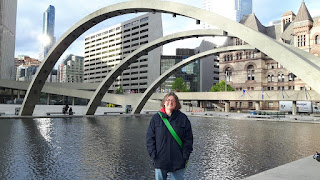 Which are next to the city hall, that looks like an alien spaceship has just landed. 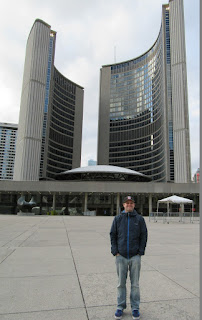 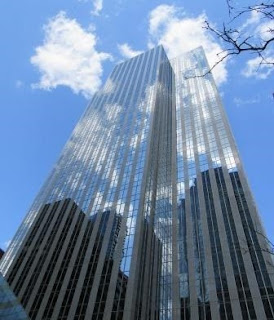 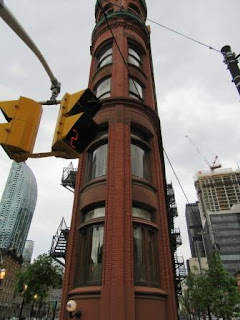 And all kinds of things inbetween. 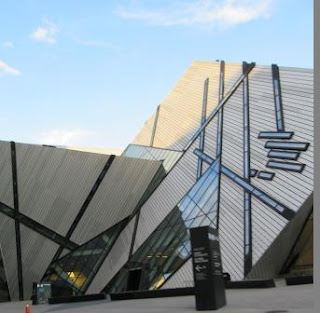 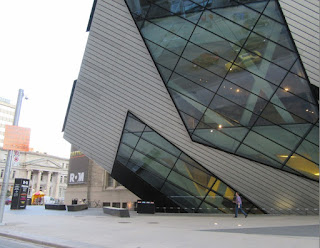 There's even a concert hall that looks like a hat. 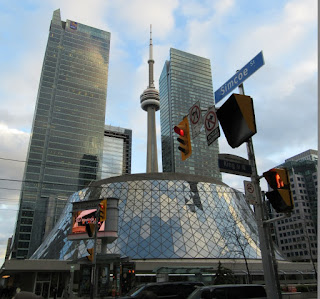 Toronto has pretty much everything you would want, including postcards and places to post them... 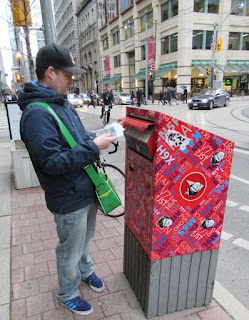 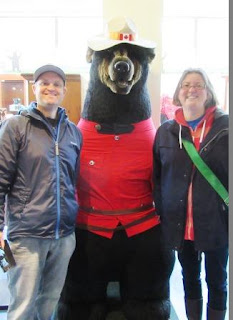 ... poutine (cheese and gravy on fries - this is a vegan version!) 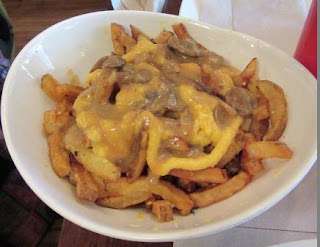 ... and a Tim Horton's doughnut shop on just about every corner. 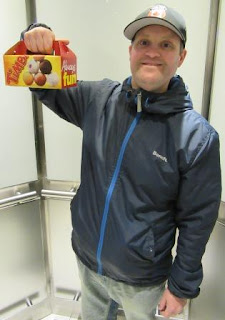 And at night they light it all so you can see where the landmarks are in the dark. 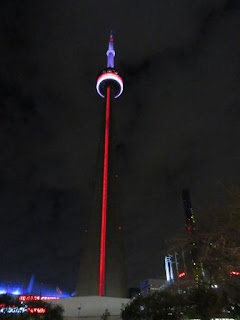 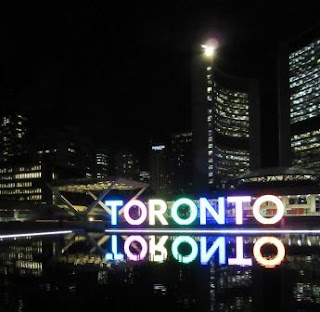