USA & Canada 2016 - Cooperstown; the National Baseball Museum and Hall of Fame, and an unexpected incredible lake

Having left Massachusetts, we crossed state lines and arrived in Cooperstown, New York - a place of pilgrimage for thousands of baseball lovers every year. We stayed at the Tunnicliffe Inn, quite an old building by American standards but very pleasant. 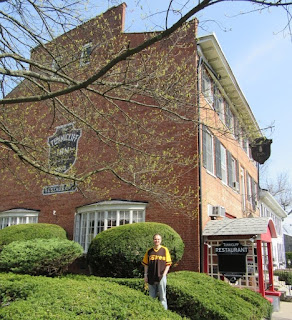 Our instructions to get there were 'Drive up the main street until you reach the big flagpole. Turn left.' 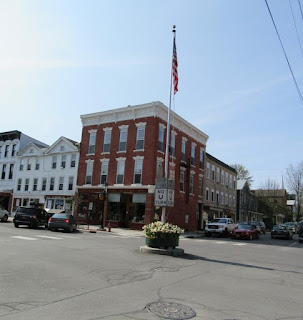 Here is the main street. 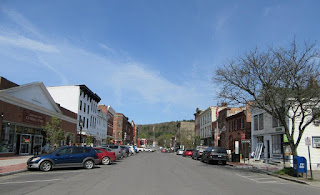 And yet this fairly typical 'Smalltown, USA' is also the famous Cooperstown, home of this - the National Baseball Hall of Fame and Museum! 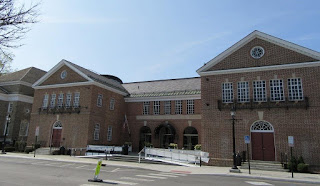 I'd asked some people in the know who said wearing team colours was appropriate. So I had taken my retro San Diego Padres shirt along. (It's a bit big on me these days, but hey!) 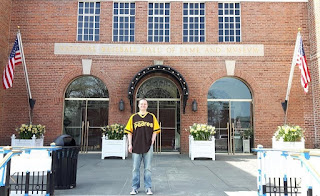 We had signed up and become members before we went as this represented a good value deal. Members get in free, get 10 per cent discount in the shop and so on. We made our money back in one trip. What I really appreciated is the way they will send you a 'team' membership card if you specify which team you follow. 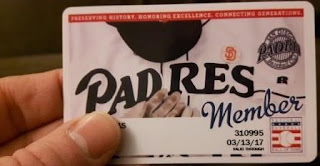 The first stop in the self-guided tour is the Locker Room. This is a series of lockers done out with memorabilia from each major league baseball team in turn. 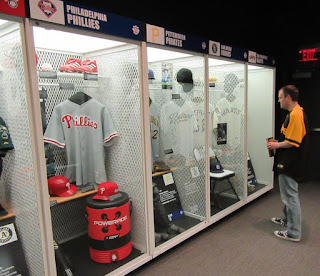 The Padres had their own locker, of course. 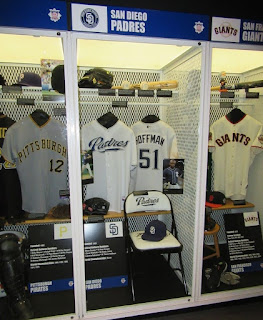 The rest of the museum was chock-full of interesting stuff, including the San Diego Chicken! 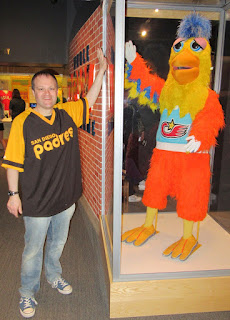 The Chicken used to advertise a local eatery between innings at San Diego games in the early 70s. It is widely credited as being the first 'mascot' character at a ball park. All the others, including the Padres' 'Swinging Friar' and Wally the Green Monster (who we saw at Fenway Park) have followed since.

In another cabinet was a batting helmet worn and signed by the greatest ever Padre, Tony Gwynn. 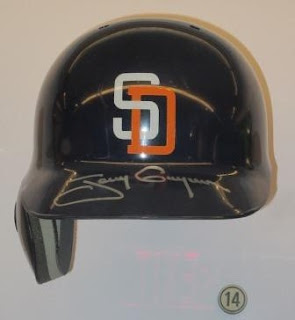 There were tons of other exhibits too. Ranging from supporter attire... 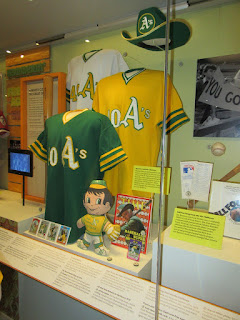 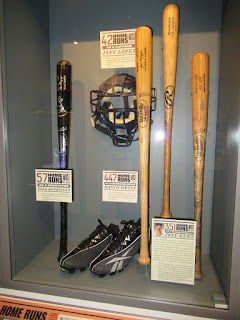 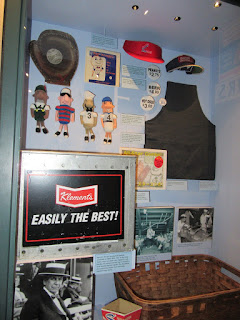 In a big exhibit about Babe Ruth I discovered one of his early schoolmasters was the very stern-looking 'Brother Matthias'(!) 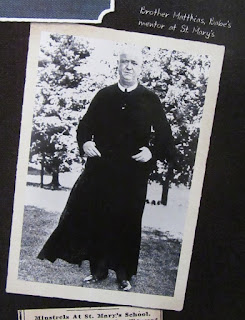 In another part of the museum, Cathy met the Philly Phanatic. 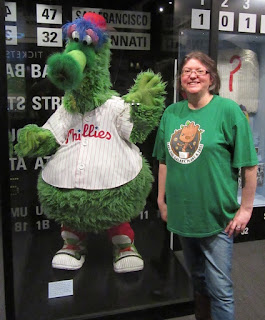 After the museum we visited the Hall of Fame itself. This I found quite moving; a really beautiful tribute to the great players of the past. 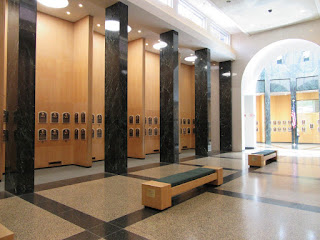 I was amused to read this disclaimer as I walked in, though.

I guess a lot of know-it-alls complain about inaccuracies they find on the plaques, and this is pre-emptive.

The first five inductees get their own section. 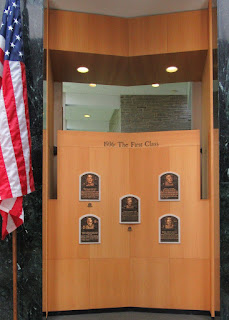 The hall is laid out very well and as long as you know the year a player was inducted, they are easy to find. We found Tony Gwynn's plaque without any trouble. 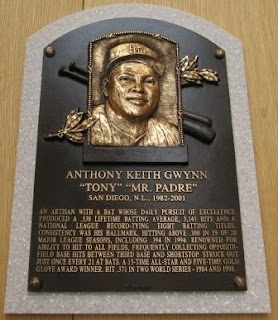 We still had some time and some glorious sunshine to have a bit of a wander round the actual town, marvelling at their quintessential Americanness. We particularly liked this church that had a church-shaped birdbox outside. 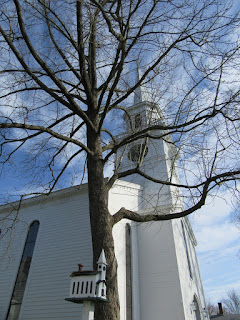 There are also a lot of shops selling baseball souvenirs, as you would expect. We bought some (cough!). You can buy pretty much anything baseball-related. This is the only time I have ever seen baseball card vending machines. 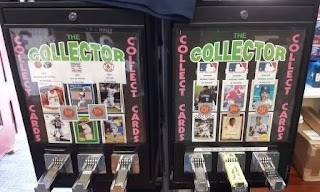 I also really liked this artwork print on the wall of the restaurant where we ate dinner. Unfortunately I couldn't find a shop selling prints like it or I would have bought one. (Still, taking a photo is cheaper, I suppose.) 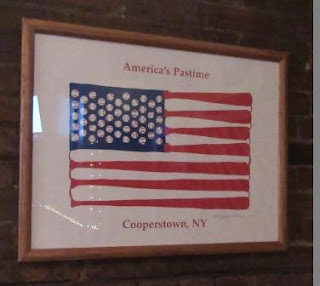 And then the last surprise of Cooperstown. It's next to a nine-mile long lake. When we arrived the first evening, we walked down to the shore just as the sun was setting. It was magical. 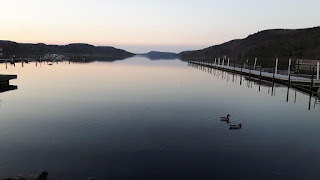 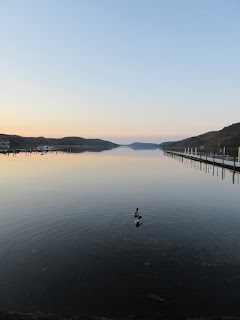 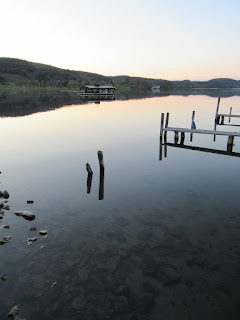 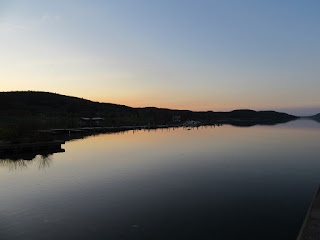 And so after an all-too-brief stay is was time to bid Cooperstown farewell. And not just Cooperstown, but New York State as well. In fact the whole of the United States, because we were heading North. For the border with Canada. To Ontario.
Posted by Jongudmund at 21:47