#Cymrutopia - welcome to the future Wales 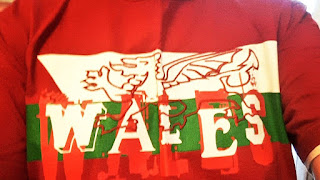 Last year I joined Yes Cymru, the independent movement for Welsh Independence. I outlined some of my reasons in my first blog post of 2020.

Since then, the support for independence keeps rising. Last week, a record 39% of people polled said they would vote for independence (qualifier - if you exclude the people who said 'Don't know'). When I joined Yes Cymru my membership number was 2,920. Their current membership has rocketed to over 17,000.

Recently, I have been thinking a lot about what an independent Wales could look like if an independent Welsh Government could make decisions on things that matter to Wales. And the possibilities for progressive changes in culture, infrastructure and society. For example, on St David's Day I mentioned what a national holiday could look like.

Today I jokingly referred to this as Cymrutopia. And the moment I said that, I liked the sound of it. Cymrutopia - the ideal Wales that could yet be. The hiraeth home we both mourn and search for.

My plan is to blog a few ideas here in among the usual posts about science fiction shows, football and my Snack of the Month. This post is both a warning and chance to lay claim to the word Cymrutopia. Although I don't mind if other people start posting their own ideas of what an independent Wales could look like. We need to build an array of hopeful options for the future republic.