You can't really do a city in an extended weekend and Boston is several pretty big places rolled into one. But we did manage to do more than the Freedom Trail and watching the Red Sox. Here are 5 more things we experienced.

1) The Mapparium at the Mary Baker Eddy Library. This was unique and very cool. In the 1930s the Christian Science church erected a hollow stained glass globe that you can walk through. It's several metres across. Illuminated from the outside you can see all the continents, even if the old colonial and communist borders no longer exist. Well worth a visit.

The big Christian Science church on the plaza is the epicentre for the organisation as well. It's an impressive building. 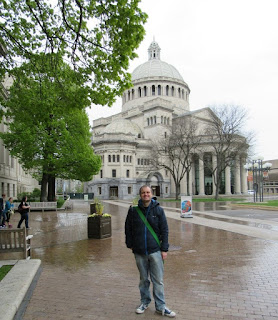 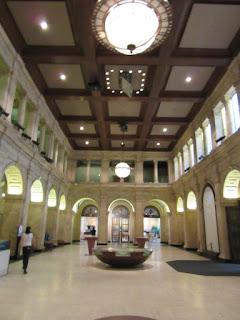 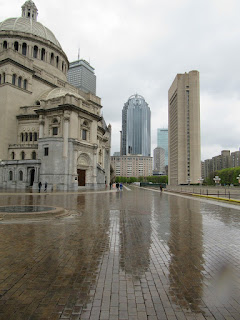 2) Harvard. We went for a wander around the famous university campus. 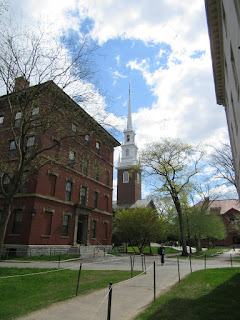 But the main reason we went all the way out there was to visit the Curious George Shop on Harvard Square. It was something Cathy had wanted to do since seeing it on her first trip to Boston 11 years previously. So we ticked that off the list! 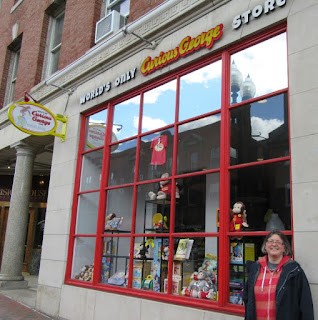 3) Went to a Vegan Diner. Walking away from Harvard on Massachusetts Avenue we went to Veggie Galaxy. 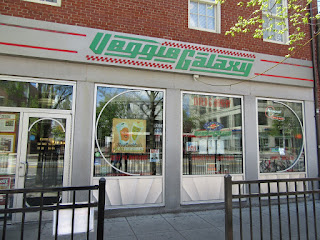 We got talking to the waitress there who described it as a "diner for fat vegans." Here's one of them waiting for his vegan pancakes. 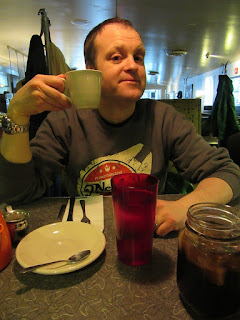 4) "Let's go to the mall!" It was raining one day so we went for a drive to an out of town mall in Braintree, to the South of Boston. It had a Lego Shop. It would have been rude not to go in. 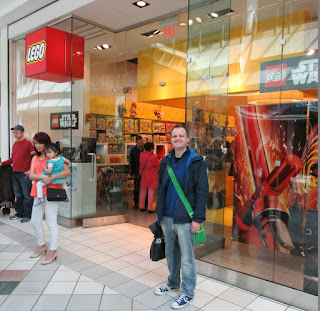 Big shout out to Dave who works there, who was ace (I should have got a photo with him!). He hooked us up with some Lego Store passports. These are only used in North America and are supposed to be for kids. 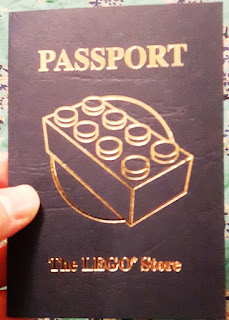 5) Ate some crazy food. One evening we went to Trident Booksellers on Newbury Street. We had fried pickles as a starter... 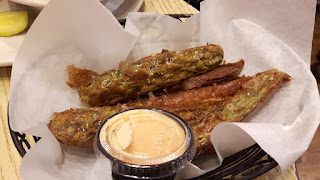 ... and then for a "main" I had the lemon riccotta stuffed french toast off the breakfast menu. It was basically a main course of cake. 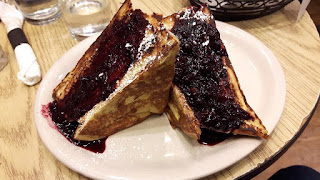 I should add a picture of where we stayed. It was the Beech Tree Inn in Brookline. A lovely B&B! 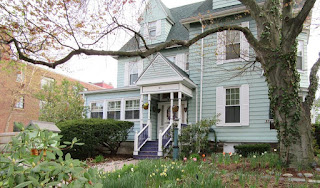 When we arrived on our very first day we spotted a chipmunk as we pulled up and parked. Before we even checked in we'd wandered around half of the exterior of the Inn trying to get a photo of him. 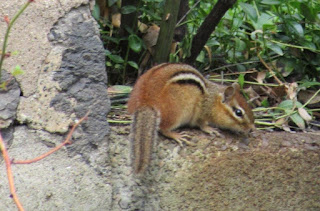 There's a whole load more I could say about Boston, but after some jam-packed days we were heading West to new adventures.
Posted by Jongudmund at 23:04