We had a final morning in Paris, so we went shopping. 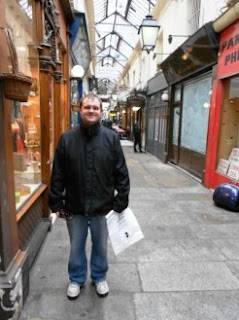 I found an arcade of stamp shops (the Passages du Promenades). Yes, I bought something. 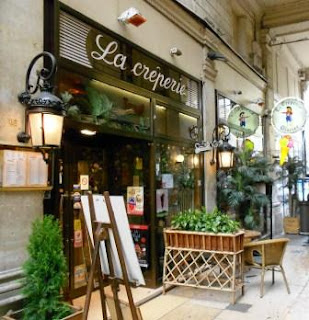 We were also the first customers of the day in this creperie. I had a crepe au sucre et citron. 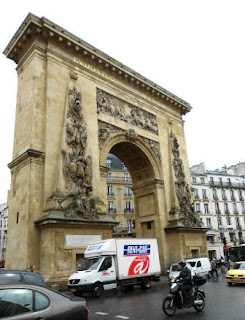 The thing about Paris is is seems every street you walk down has some sort of massive monument. Arches are everywhere. 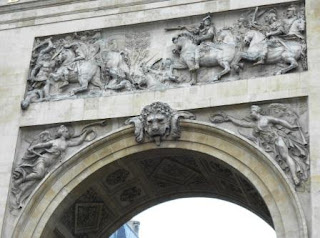 I liked the cheeky lion on this one. 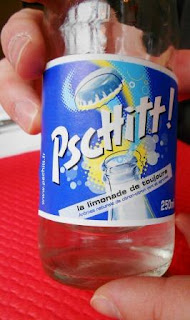 But it was time to leave. In a station cafe I had this lemonade. It tasted better than you'd think, given the name.

There were a pantheon of trains at the Gare du Nord, including several TGVs. 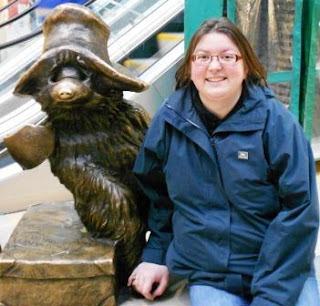 But back at an English station, Cathy met a celebrity!
Posted by Jongudmund at 21:20