All because the lady loves... a generation gap 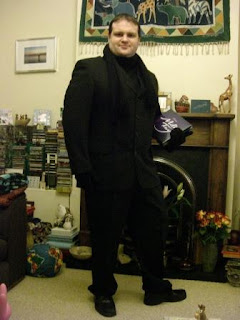 A couple of weeks ago it was the youth Christmas fancy dress party. I could have gone as a cowardly lion, but to be honest the thought of putting on that suit again so soon made me shudder.

So we raided the wardrobe. Cathy had a black polo neck jumper she'd bought in a sale at Next. I still have the black jacket from my wedding suit (and it still fits, amazingly). A pair of black trousers, gloves, and shoes, and a black scarf later and I was almost there. All I needed was the requisite box of chocolates and I was the Milk Tray Man

I should explain who the Milk Tray Man was in case you don't know, but frankly I'm not responsible for your cultural ignorance. Besides you can always click on the handy link I've provided.

The thing is when I started to explain it they were even more mystified. "So, he used to ski down a mountain, break into a lady's bedroom and leave a box of chcolates by her bed? He sounds like a stalker." Well, yes, when you put it like that...

Anyway, I stand by my costume choice and I'm sure you'll agree I look very suave. 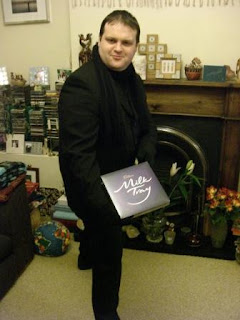