August 2019 football round up

A record-breaking 7 games for me in August. I've already blogged about the opening weekend, but here are some more bad photos and comments where I try to be amusing.

The newly rebranded JD Cymru Premier league kicked off on a wet Friday night with Barry away at neighbours Penybont. It was a ground I hadn't been to before and fortunately there was space in one of the stands so I could stay out of the Biblical rain.

It was relatively restrained rain at kick off. 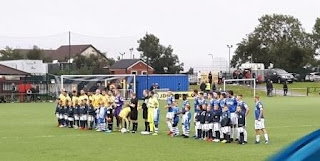 Barry won 2-1, after going behind to a penalty. The winning goal was an absolute belter from Jonathan Hood, who later got sent off for messing around on the substitutes bench. Afterwards the players came over to salute the fans who had been raising the roof all night. 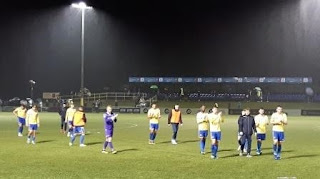 And then had a post-match huddle in front of us. 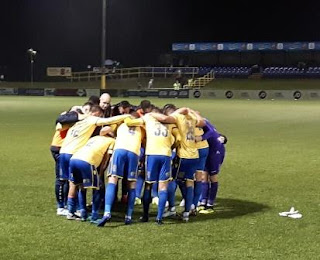 A week later and it was another Friday night game for Barry, this time at Jenner Park, against Aberystwyth Town. 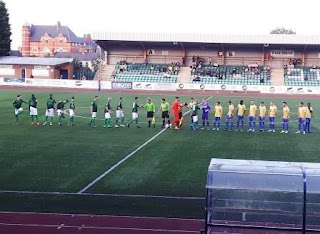 My Mum was down for the bank holiday weekend so I took her along. She really enjoyed it. 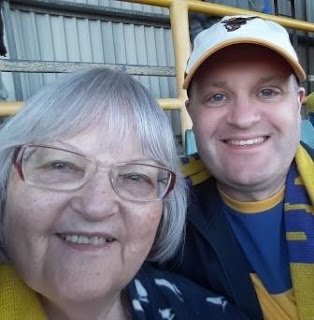 Barry won 3-1, although they didn't look as comfortable as the scoreline suggests, particularly after the sun went down. 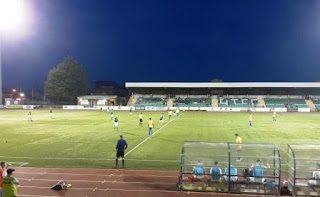 On the bank holiday Monday, Barry were at home again, this time playing Bala Town. 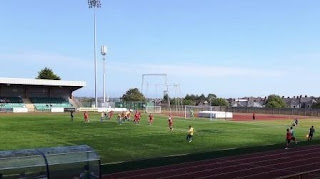 It was a much tougher game, ending 2-2. The weather was glorious, with barely a cloud in the sky. The clouds we did have were rather lovely. 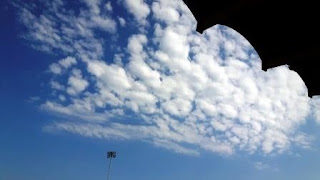 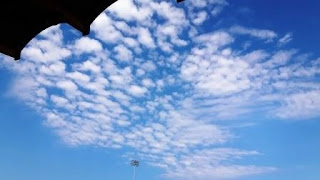 Next up was a midweek game in the South Wales Alliance, Premier Division where my most local team, Grange Albion, were playing Cardiff Draconians. The Dracs are the Manchester City of the division apparently, and even pay some of their players. They have the fancy warm-up routines you would expect. 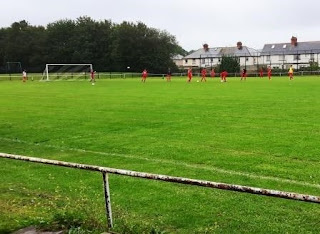 It was a game played with unofficial linesmen and plenty of banter between the ref, the players, the crowd and the managers. This is a level where referees can answer back. 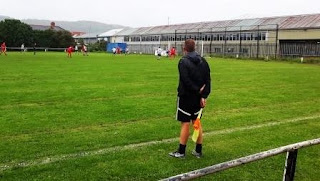 The Dracs were 4-0 up before Albion got on the scoresheet to make it 4-1  at half time. Given their ground is right next to the bus depot (do you remember when I went to the bus depot?), it's a shame Cardiff Bus just repeatedly drove their buses past the back of the Albion goal instead of parking one in front of it. 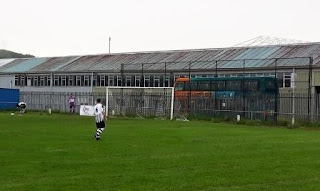 The game finished 4-2 to the Dracs with missed chances aplenty in the second half.

And so to my final game in August, and my fourth in eight days, when I went with my friend Sara and her extended family to watch Cardiff play Fulham, in the other stadium on Sloper Road in Grangetown. 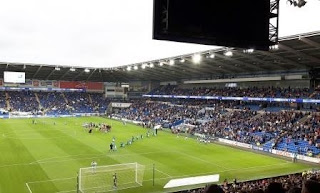 Cardiff's warm up was a bit different to the Dracs'. But I'm not sure what ring a ring a rosie will achieve. 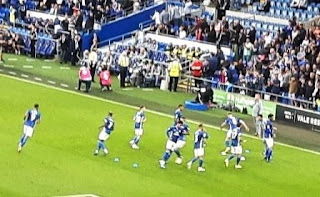 The game was still 0-0 on 42 minutes and then was 1-1 at half time, which was also the full time score. It wasn't the most memorable game, although I did see a player, Harry Arter, sent off after getting booked for diving. It was his second yellow card and he had a long trudge off the field with a chorus of 'Cheerio! Cheerio! Cheerio!' for the duration of the trudge. I think that's the first time I've ever seen a player dismissed for diving. There's always something new to see at a football match.
Posted by Jongudmund at 20:36