James Bond Spectre review, or, How to write a sexual predator character who becomes an icon

Spectre is one of the most successful British films ever, and probably the most successful Bond film. It has received rave reviews. It also has the honour of being the first James Bond movie with a theme song that became a number 1 hit single. For a while the news feeds were dominated with news about it. As a film, it is touted as one of those 'must-see movies'. So I went to see it. 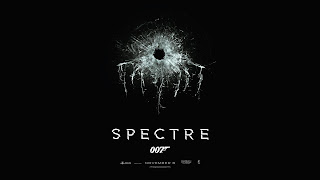 Back in 2012 I wrote a review of Skyfall, where I said I was uneasy with the predatory activity of MI6's most well known double-O agent. Specifically, a barely consensual shower sex scene when Bond forces himself onto a frequently-trafficked woman, who is later shot dead in front of him.

The same tropes crop up in Spectre, which for all it's glitz and hype suffers from three key failings: a reliance on magic, conspiracy theory 'explanations' and sexual predation. That last charge is the worst one, but I will deal with the other two first.

What do I mean by magic? Well, we have a massive secret base in the manner of the best Bond films of old. But it suffers from what I call the 'Death Star flaw', by which I mean it can be totally destroyed by one well-placed shot. Seriously. Bond shoots one little gas pipe and the whole place goes up in multiple explosions. At some point that goes beyond good marksmanship and becomes magic.

The conspiracy theory explanation was tiresome as well. I'm pretty sure the Skyfall villain spent some time explaining how he was behind all the terrible things that happened to Bond. Now the main villain in Spectre does the same thing. Apparently the events of all four films starring Daniel Craig were all orchestrated by this one guy as some sort of revenge for the villain's Dad liking James more when his family fostered him. It seems like a lot of effort to go to.

The 'it's all a massive conspiracy' idea is quite popular in movies. I think this is because movie-makers are trying to tell a story and actually the real world isn't set up for stories. Most events don't have a beginning, middle or end, nor are there neat causative processes that can be easily narrated. People want to believe in conspiracies, and large shadowy criminal organisations pulling the strings behind the scenes, because the idea that things happen at random and chaotically is terrifying. There is no way to control much of the random stuff that happens in reality. But you can do it in the movies. Take out the mastermind and the terror stops.

And then we have the third problem. The predation. Bond wastes no time at all bedding a widow the evening she returns from her husband's funeral. He then promises her protection, but not from him, from someone else he knows. I wouldn't put too much faith in that, but it might be better than any protection Bond would offer. In Skyfall Bond spectacularly failed to protect a woman he had just promised to protect. In Quantum of Solace a casual lay from the diplomatic service is found tortured to death in his hotel room shortly after they did the deed there.

But widows aren't enough. Bond soon latches on to a recently orphaned young woman and by the end of the film, has seduced her. Widows and orphans? There seems to be no emotionally vulnerable group that Bond won't exploit.

So, what's good about this film? Well, there are stunts. There is a lovely tracking shot of a train in the North African desert. There are stunts... Yeah, that's about it. The thing is the stunts and cinematography can't mask the sucking hole at the centre of the film, the aggressive sociopathic sexual predator called James Bond, who we, the audience, are meant to root for as the hero.

There is even an attempt at exoneration. Ralph Fiennes, taking over as M now that Judi Dench has moved on, gives an impassioned defence of the Double O programme at one point. To the career civil servant he says that having a licence to kill is a terrible burden because you have to look into a man's eyes and decide whether to kill a fellow human being or not.

As this film makes clear, human beings are expendable to James Bond, whether its his sexual conquests, or the careers of colleagues who he asks to deliberately disobey orders and operate outside their jurisdiction.(And that's another contradiction in the Bond films - any agent hat goes rogue is presumed to be bad and kill-worthy for 007, but he effectively goes rogue here and takes several important colleagues with him. Talk about subjective morality - it's OK for me to ignore orders that I decide are unjust, but anyone else who doesn't follow orders goes on the death list. Wait, why?)

So, this is where we are. A career sexual predator with a callous disregard for human beings who cross his path is apparently an icon.Quite what this shows about our culture is hard to fathom. The most worrying thing is that very few people seem to question this. We just munch our popcorn, go 'ooh' at the explosions and let James carry on with what he does.
Posted by Jongudmund at 07:30